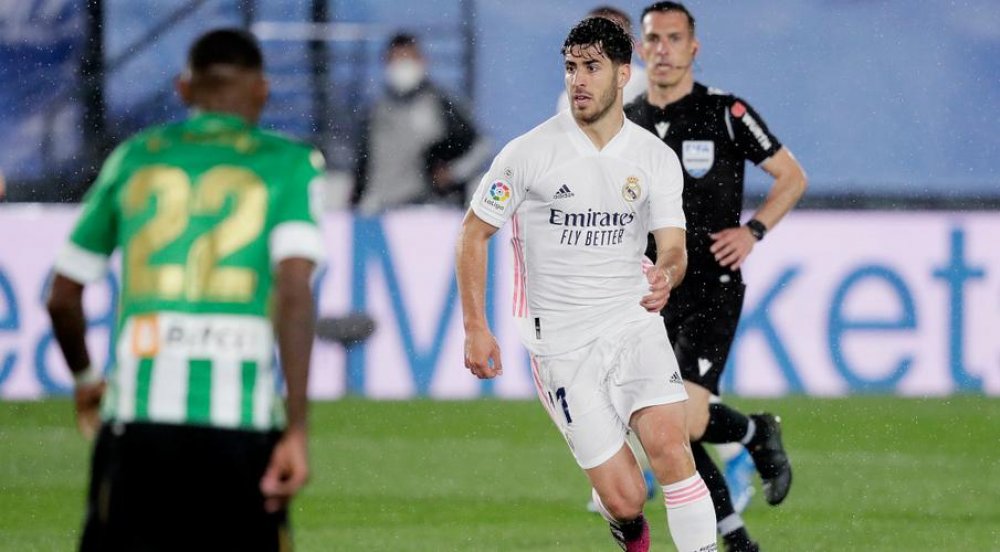 Real Madrid dropped another 2 vital points as they played a goalless draw at home to Real Betis on Saturday, a further set back to their hopes of retaining the La Liga title.

Still depleted by a spate of injuries and stifled by a downpour and a soaking pitch, Madrid rarely got going and had few goalscoring opportunities, while Betis kept them on their toes though failing to get clear-cut opportunities.

Madrid came closest with a mis-hit cross from Rodrygo in the second half which hit the bar plus a distance strike from Luka Modric which was comfortably parried by Claudio Bravo.

A second goalless draw in three league games, after last Saturday's stalemate at struggling Getafe, left Madrid second in the standings with 71 points.

Zinedine Zidane's side are two behind leaders Atletico Madrid, who can increase their lead to five points with victory at Athletic Bilbao on Sunday.

Barcelona will move level on points with Real with a game in hand if they win at Villarreal on Sunday while fourth-placed Sevilla can go one point behind them if they beat Granada.

One positive note for Real was the return of record signing Eden Hazard after more than a month out injured and the Belgian looked sharp in the 15 minutes he played after coming off the bench, giving him a chance of a reunion with former club Chelsea on Tuesday's Champions League semifinal first leg.

"We didn't play well enough to get the victory and have taken a step back in the title race," said Real defender Dani Carvajal.

"We could have showed more hunger in the final third of the pitch and we've only got one point, which leaves us further away from the leaders. We couldn't get to the right crosses or anticipate where to run in the final few metres; we didn't get the small details right.

"We still want to send an optimistic message to the fans and we'll fight for the 15 points left but today was a chance to put the pressure on and we didn't take it."