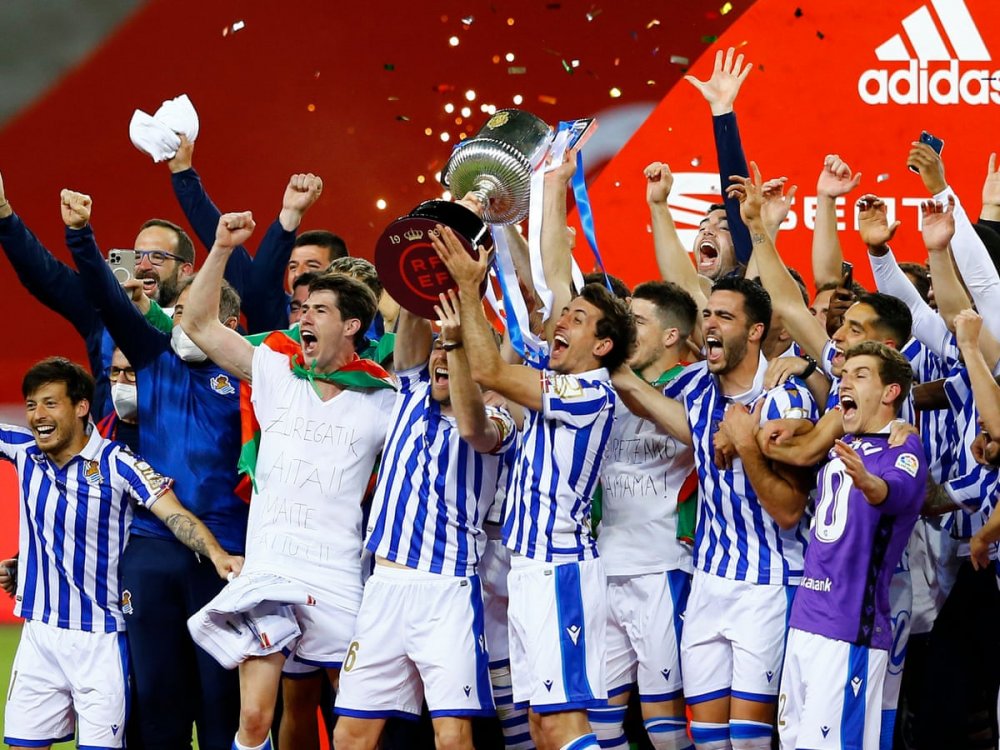 Mikel Oyarzabal scored the final penalty for Real Sociedad in the postponed 2020 Copa del Rey on Saturday before dedicating their victory to the fans unable to attend a historic final against Basque rivals Athletic Bilbao.

Oyarzabal, La Real's captain who joined their youth academy aged 14, proved the difference in a 1-0 win in Seville, where the biggest ever game between these two famous clubs was played in an empty stadium.

"It's an incredible day," said a tearful Oyarzabal afterwards. 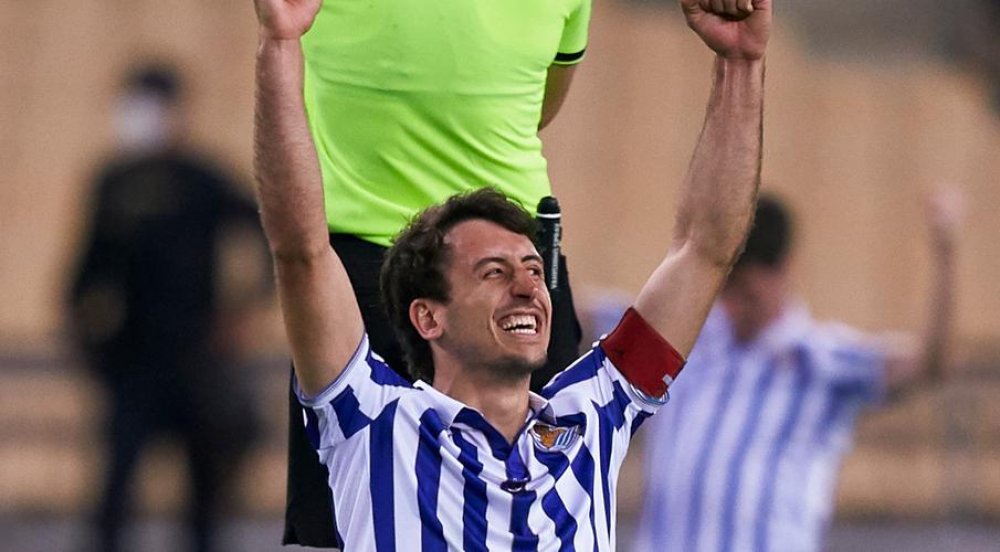 "You remember everybody, all the people who would have loved to be here, people who have left us. This is for everyone, my family, my friends. It means everything."

Oyarzabal's strike secures Real Sociedad their first Copa del Rey triumph in 34 years while at the same denying the 24th success for Athletic Bilbao, who must now try to recover in time for the second attempt in two weeks' time.

Athletic have also reached the final of this season's competition, which will be played on the same pitch at La Cartuja on April 17, with Barcelona and Lionel Messi their opponents next time around.

"I'm not disappointed, I'm sad," said coach Marcelino Garcia Toral. "The players are gutted but they have to bounce back."

For Real Sociedad, this was a one-off chance and they took it, edging a final that was tight, tense and without clear openings, but one in which the better team lifted the trophy at the finish.

Eighteen of the 22 players that started were Basque, with many of them beginning in the academies of the clubs they now represent, including Oyarzabal, who was born in Gipuzkoa and joined Real Sociedad's 'Zubieta' as a teenager.

The final had been put off as long as possible in the hope fans might be able to attend, but instead, it was staged almost 1,000 kilometers south in Seville, where around 350 guests and journalists were allowed in, but the stands were otherwise left empty.