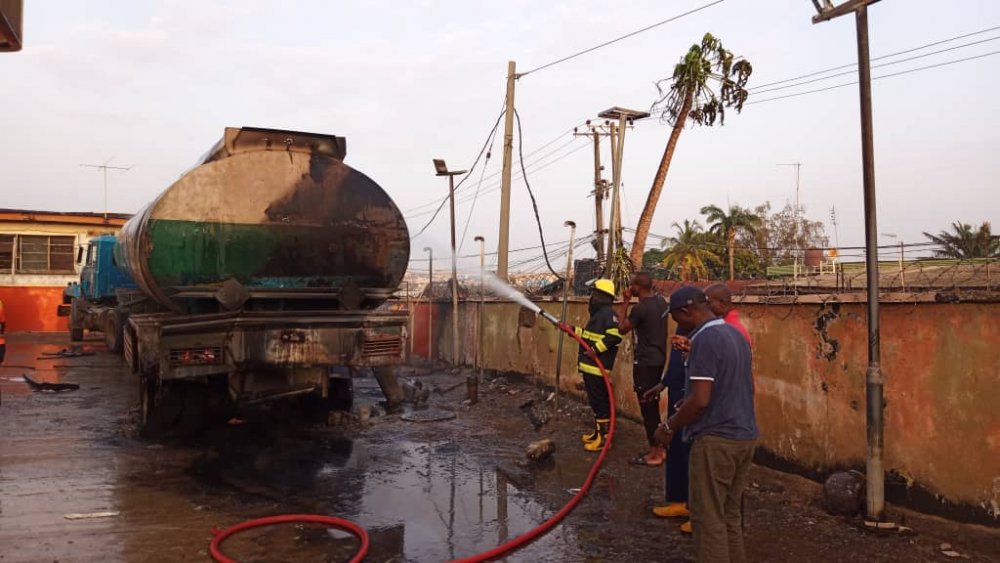 The tanker, which contained 33,000 litres of Premium Motor Spirit, PMS, (Petrol), spilled some of its content, leading to a fire outbreak in Yerevan premises. The fire outbreak didn't cause much damage, as it was extinguished early.

While reacting to the fire break at Yerevan Oil, Lagos State Emergency Management Agency (LASEMA) in a statement said, "LASEMA Response Team in swift response earlier this morning, has extinguished the fire outbreak that ocurred inside Yerevan Oil. A filling station located at Ajayi Road in Ogba Aguda area of Lagos.

"On arrival at the Petrol Filling Station in Ogba, investigations by the LASEMA Response Team revealed, that the fire outbreak occured as a result of spillage from the articulated truck laden with 33,000 litres of Premium Motor Spirit, PMS, (Petrol).

"However, the inferno was quickly curtailed due to the prompt response of the Agency's team in conjunction with the Lagos State Fire Team," LASEMA said in the statement seen by AllNews.