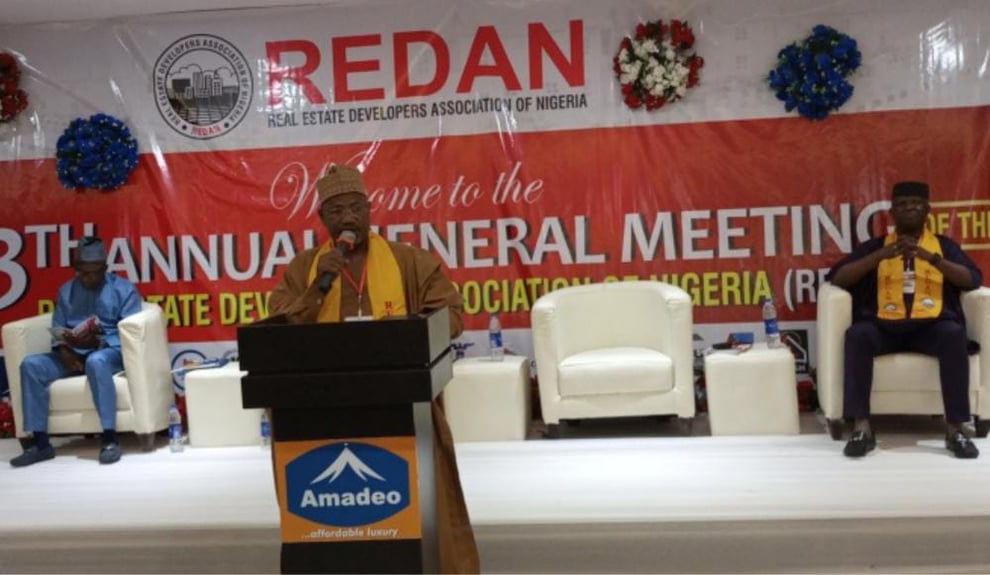 The president of REDAN, Dr Aliyu Oroji Wamakko, made the appeal at the 13th Annual General Meeting of the Association held in Enugu on Thursday.

The REDAN president said that as an association, they have zero tolerance for shady and shoddy deals and would continue to work with government and their agencies so that the menace of money laundering through estate business would be curtailed.

"Real Estate is our business and we must do all in our powers to protect it and align it with best global practices," he urged REDAN members.

Wammako thanked Gov. Ifeanyi Ugwuanyi of Enugu State who declared open the AGM for his commitment and interest in real estate development in his state, noting that the Governor has provided homes for many, especially the civil servants.

"We note with high satisfaction and respect the efforts of Gov. Ugwuanyi in promoting housing development in Enugu State.

"His Excellency has provided homes to many but let me emphasise some which include provision of homes to 100 civil servants by paying 50 per cent of the selling price," he commended the Governor.

He also commended the Governor for reducing the cost of permits for development and accelerating the issuance of land titles as well as directing that REDAN office land should be given accelerated title issuance status among others.

Gov. Ugwuanyi, represented at the occasion by the Secretary to the state Government, SSG, Prof. Simon Ortuanya said that they have made land procurement in the state easier by removing touts which has in a way contributed to the increase in the Internally Generated Revenue, IGR accruing to the state.

Ugwuanyi said that as a caring government, concerned about the welfare of its citizens, they have initiated a process, "where once a civil servant is retiring, he will have a place to live in."