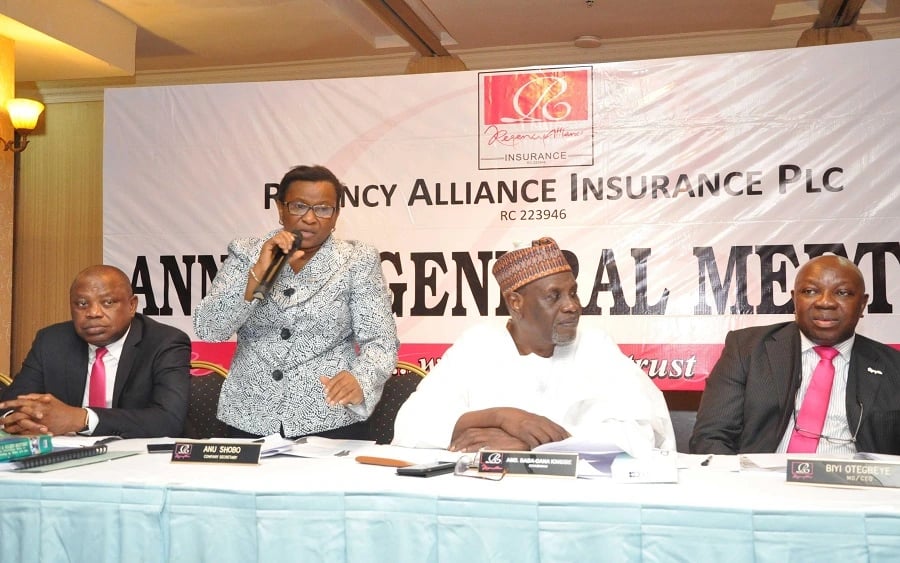 A total of N1.031 billion claims have been paid by Regency Alliance Plc to its customers in the 2021 financial year.

This was made known by Clem Baiye, the acting Chairman of the company,during the company’s 28th annual general meeting in Lagos, which was also held virtually.

“At the company level, various options are being worked on to ensure that the company is on a good stead whenever the recapitalisation exercise resumes.

“I want to reassure all our shareholders and other stakeholders that your company’s fundamentals remain strong, and we are well-positioned to meet the new minimum capital requirements.”