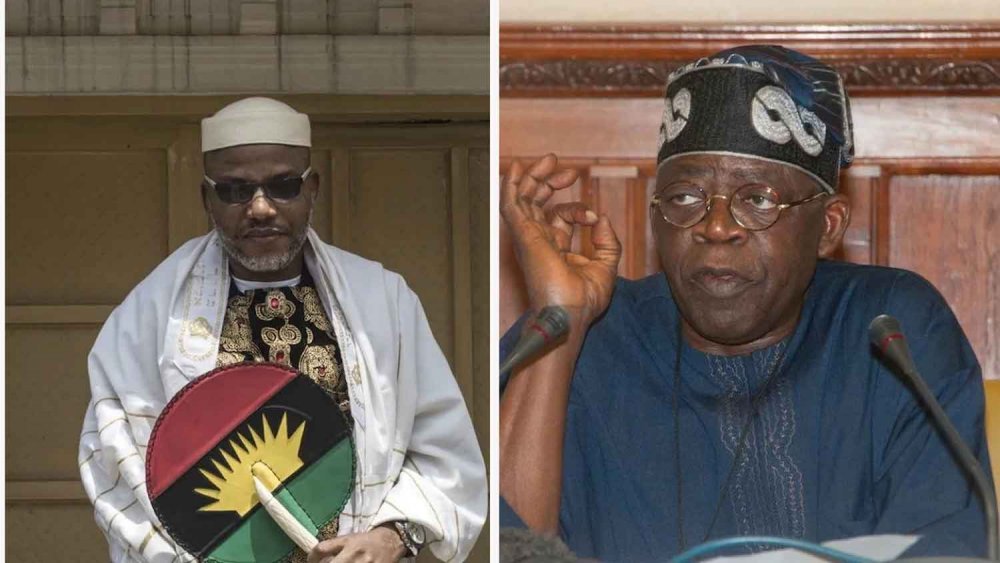 Kanu, the leader of the outlawed Indigenous People of Biafra (IPOB) was reacting to a recent statement by Garba Shehu, an aide to President Muhammadu Buhari that herdsmen cannot leave Ondo state forests.

The presidency had called for restraint on the side of the state government (Governor Rotimi Akeredolu had issued a quit notice to herdsmen in Ondo) and the Fulani communities.

In the statement titled, ‘In tackling crime, Ondo State Government will not act outside the constitution,’ the Presidency said the governor, being a legal practitioner, should know that he cannot “unilaterally oust thousands of herders who have lived all their lives in the state on account of the infiltration of the forests by criminals”.

Reacting to the quit notice contention, diaspora-based Kanu via his known Facebook page on Wednesday alleged that some persons are intent on turning the entire Nigeria into a Fulani caliphate.

Is it not clear now to all and sundry, especially my Yoruba bretheren, that Fulani grand stratagem is to use Fulani herdsmen terrorists from all across the Sahel to conquer our ancestral lands in the entire South, thereby turning the whole of #Nigeria into an almighty Fulani caliphate as #IPOB has been warning for years?

In their ignorance, some ignorant Yoruba Fulanised commentators and journalists called us all manner of unprintable names just because we saw what they were unable to see many years back.

Very sadly some Yoruba journalists and Efulefus in the East never knew they were helping the cause of their own demise when they foolishly supported the illegal proscription of IPOB.

Little did these few misguided individuals, especially Yoruba media practitioners, know that Fulani terrorists in Aso Rock saw IPOB as the only credible obstacle on their path to the total conquest of the entire South.

They moved swiftly with the help of local traitors, the likes of Dave Umahi and Nnia Nwodo, to tag a peaceful mass movement a terrorist organisation in the hope of killing it. Thankfully they failed.

Today my Yoruba friends are feeling the full impact of true Janjaweed intentions of this Fulani presidency on their lives.

Fulani will as usual attempt to deceive you with Tinubu presidency or as they have been doing for years with Igbo vice presidency- all in a bid to occupy our forests and drive us into the Atlantic Ocean.

If AMOTEKUN fails to drive away this Fulani army of darkness from Yoruba forests, as #ESN is now gallantly doing in the East, the whole of Yoruba land or what is left of it after the loss of Illorin to the caliphate will be lost to the Fulani conquistadors forever. Remember how they took Illorin from you. Don't allow history to repeat itself.

Reject Tinubu presidential ambitions or else you are doomed. Insist on #REFERENDUM! 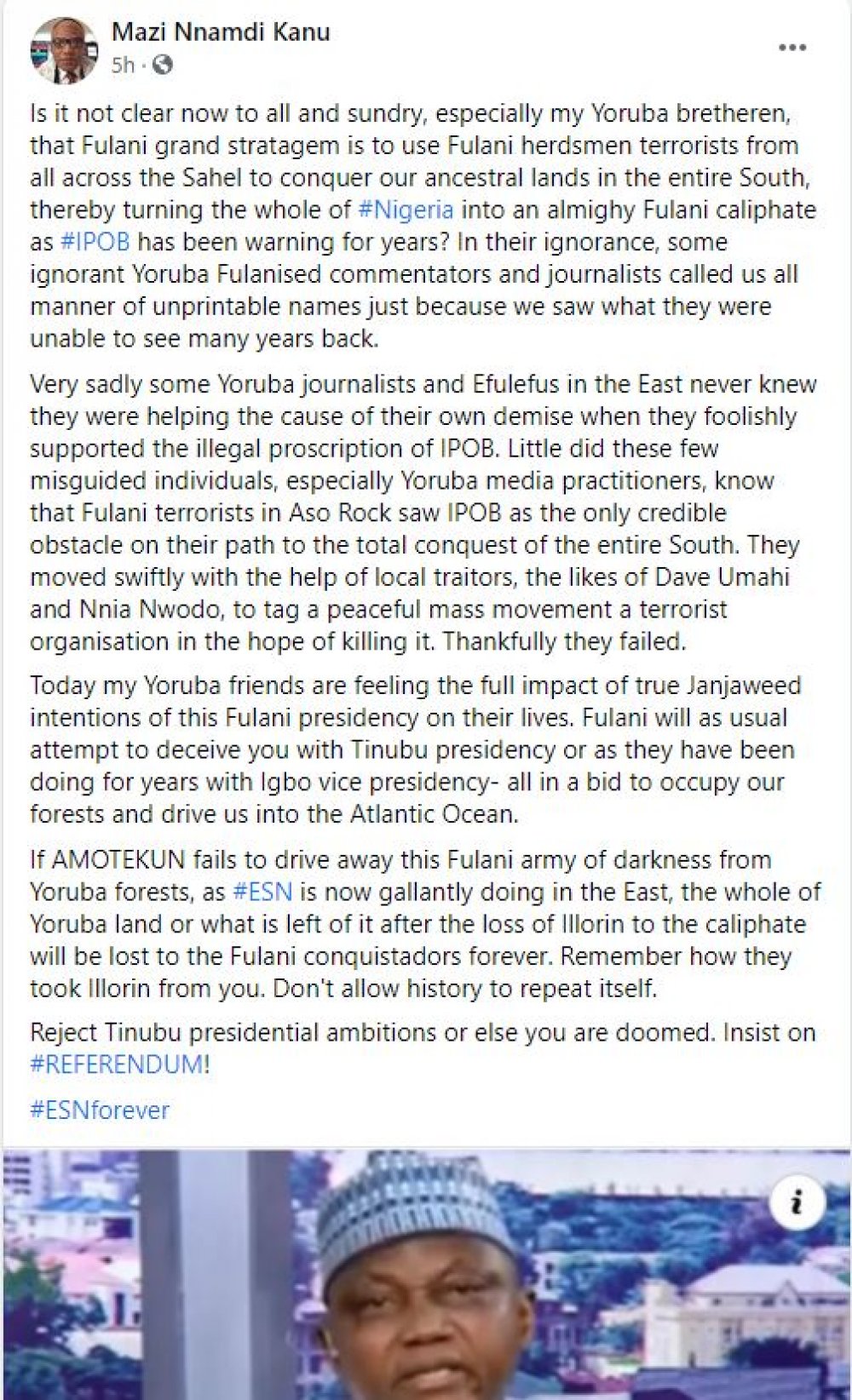 Meanwhile, the Ondo State Government, on Wednesday, insisted that herdsmen must obey the seven-day vacation order issued by Governor Akeredolu for them to leave the forest reserves in the state.

The State Commissioner for Information and Orientation, Donald Ojogo, stated this while featuring on Channels Television’s Sunrise Daily programme.

The commissioner said the President, Muhammadu Buhari, did not endorse the statement by the presidency, adding that Shehu must explain why he has taken up the fight of criminal elements who masquerade as herdsmen.

He said, “One thing is certain, President Muhammadu Buhari by his antecedents, by his nationalistic posture and by his patriotism that he is known for, may not have directed that statement.

"I am almost persuaded to think that Garba Shehu didn’t issue that statement because that would have been a very dangerous one for the unity of this country.

"I am waiting to confirm and if it is true, then, he may have miscommunicated properly to the people of Nigeria.”

Ojogo said if confirmed that Shehu made the statement, then, “it would mean that certain persons in the presidency, certain officials in the presidency are actually out to create problem for President Muhammadu Buhari.

"We must appreciate the efforts of this president in his fight against insecurity across this country.

"Insecurity is becoming a national issue; no part of the country is insulated from crisis”.