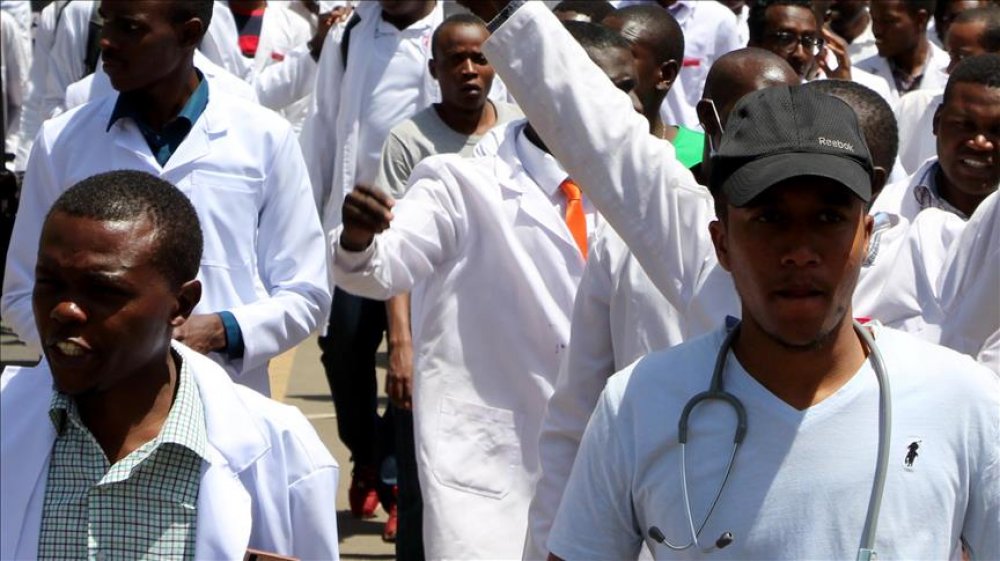 This is contained in a communiqué issued to newsmen on Tuesday at the end of the emergency general meeting of the ARD of ESUTH, Parklane in Enugu held on August 2.

The communiqué was signed by its President, Dr. Emmanuel Edoga and the association’s General Secretary, Dr. Chukwunonso Ofonere.

The communiqué urged the hospital management to urgently employ a minimum of 50 new house officers, adding that these house officers could be recruited from newly inducted medical doctors from ESUT College of Medicine.

According to him, the ARD of ESUTH Parklane has since declared a State of Emergency in the teaching hospital due to the chronic paucity of doctors.

“Third, that the management of ESUTH Parklane should properly place the remaining stagnated medical officers in terms of seniority and arrears paid.

“Fourth, that the management of ESUTH Parklane should pay outstanding advancement arrears owed our members.

“Fifth, that the post part 1 senior Registrars be immediately advanced, and all arrears owed them paid.

“Sixth, that the management of ESUTH Parklane should immediately review the procedures and terms for refunds of update and exam expenses to closely align with the provisions of Medical Residency Training Funds (MRTF).

The statement called on the management of ESUTH Parklane to commence the process for the full implementation of MRTF.

It said: “That the Management of ESUTH Parklane should commence the process of reviewing the hazard allowance for all health workers in the hospital to align with what is being proposed for Federal tertiary hospitals.

“That the Chief Medical Director should please desist from issuing queries to the leadership of ARD-ESUTH for lawful actions taken by the Congress of the association. Such queries are considered highly provocative.

“To ensure improved Internal Revenue Generation and ensure actualisation of the 2021-2024 Strategic Plan for ESUTH Parklane, the Congress will commence regular scored appraisals of progress made in the implementation of the laudable plan”.

Apart from the resolution, the communiqué regretted the inconveniences and suffering that the actions which the National Association of Resident Doctors (NARD) had been forced to take is causing Nigerians.

“We will continue to work tirelessly to ensure that ESUTH Parklane stands tall as a centre for excellence in healthcare, not just in the East of Nigeria but South of the Sahara,” it added.

ARD of ESUTH on Monday, August 2, joined their colleagues nationwide in the ongoing resident doctors’ strike that had entered its second day.