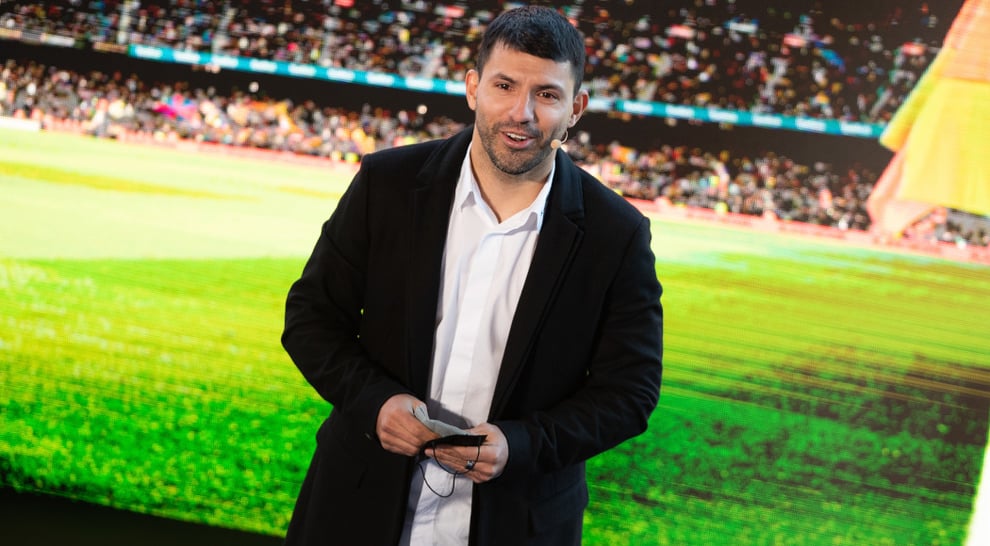 Aguero, 33, announced his retirement from football in December because of a heart condition, bringing the curtain down on an 18-year career during which he scored more than 400 goals.

The Argentine said the final details of his arrangement with the AFA would be decided in the coming weeks, and added that he was hoping to attend the final draw for the World Cup, which is set to take place on April 1.

"We still need to figure out the role, but I'll be with the team at the World Cup," Aguero told the meeting. "It was a nice talk with Chiqui (Tapia)."

"I want to spend time with the players," he added. "I'll be there with the team, I get along very well with them. I want to be close to them and try to have fun. I want to find a way I can help the national team."

Aguero scored 41 goals in 101 games for Argentina, representing them at three World Cups and helping them win the 2021 Copa America - their first major title in 28 years.

Argentina have already qualified unbeaten for Qatar, and are second in the South American qualifying group, four points behind Brazil.