REVEALED: Cause of Rift Between IPOB's Nnamdi Kanu, Uche Mefor 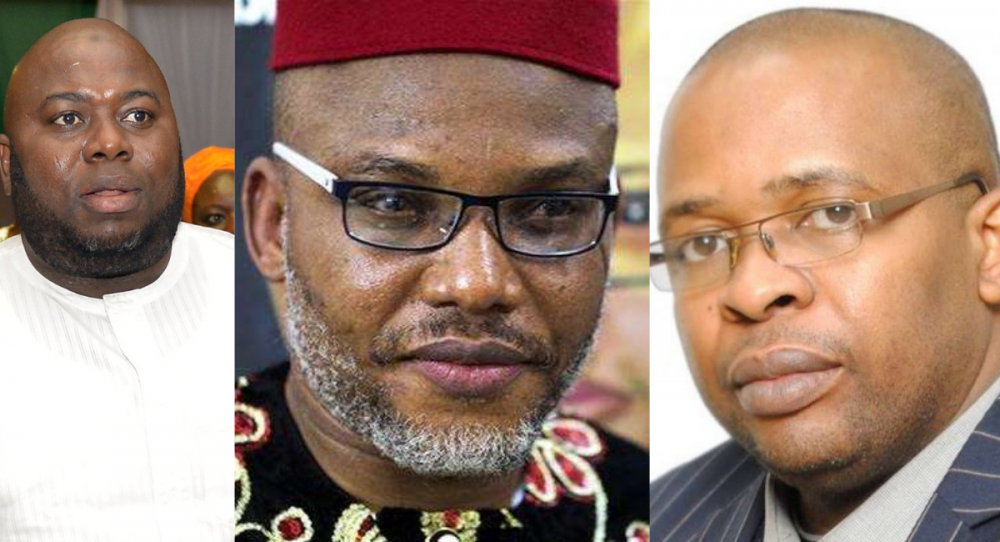 The factions emerging in the Indigenous Peoples Of Biafra (IPOB) are mainly due to financial resources and control, according to a report by the SB Morgen Intelligence.

SB Morgen Intelligence, a geopolitical intelligence platform in Nigeria, in its March 2021 report, which focused on the outlawed IPOB, revealed that the secessionist movement at the moment “is seriously fractured, with many erstwhile key members now either with Nnamdi Kanu, IPOB leader; or Uche Mefor, the enstranged Deputy-leader of IPOB". If they are not with either men, then they are charting their own course.

At a press conference on Saturday, March 13, 2021, Mujahid Asari-Dokubo, a former President of the Ijaw Youth Council, and the founder of the Niger Delta People’s Volunteer Force, had said he was the Chairman of the implementation committee for a new organisation called the Biafra Customary Government.

The SB Intel report stated that Mefor, formerly Nnamdi Kanu’s right-hand man, and Ralph Uwazuruike, founder of the Movement for the Actualisation of the Sovereign State of Biafra (MASSOB), were however in attendance at Dokubo’s meeting, fuelling fresh realignments in the agitation and the sidelining of diaspora-based Kanu.

It stated, “The absence of Mr Kanu from the meeting brings into the open a fracture within the secessionist movement in the former Eastern Region of Nigeria. Mr Mefor, Mr Uwazurike and Mr Dokubo have come together to form a 'government' with Mr Dokubo as chairman, Mr Mefor as Information Officer, and George Onyibe, a former top IPOB member who fell out with Mr Kanu in September 2020.

“The issue which has splintered IPOB is one of control and money. Mr Kanu forced Mr Mefor out of IPOB after a faction of the UK chapter, led by Mefor, asked for an account of funds raised.

“Following that request, Kanu abolished the position of Deputy Leader (the position occupied by Mefor), but many members of the UK chapter remained loyal to Mefor who many see as a better organiser than Kanu.

Mefor is also registered as the deputy director of the organisation in the UK, meaning that Kanu’s eradication of the position of Deputy Leader did not affect his official status.

“As the membership of the group divided behind both men, Kanu raised the stakes on 3 March when he announced the dissolution of the UK chapter of IPOB in a radio broadcast.

“All the sources we spoke to were certain that while he is nowhere near as charismatic, Mr Mefor is a far better organiser than Mr Kanu. From a Nigerian perspective, this means that he is more dangerous. Mr Dokubo aligning with Mefor probably amplifies the threat to the country’s oil economy, even though the bigger threat from the Niger Delta remains Government 'Tompolo' Ekpemukpolo.”

Furthermore, the report noted that the Mefor group aligning with Dokubo would have a stronger effect on the southern region, “with the Niger Delta militants able to respond in kind to any provocations by Nigerian security forces.

“Uche Mefor, like Ralph Uwazurike, believes in non-violent agitation and the lobbying of world powers to achieve an aim that they believe the entire region that comprised the defunct state of Biafra subscribes to.

"This is in stark contrast with the actions of IPOB’s paramilitary wing, the Eastern Security Network, which is operated by the faction of IPOB loyal to Kanu.

“Mefor’s non-violent approach is likely to gain him more support amongst the Igbo middle class who are afraid of a repeat of the scorched earth kind of war that was fought 50 years ago. Most of those who may support the Mefor group are those especially turned off by Kanu’s abrasive tactics which have earned him more enemies in high places both within South-East Nigeria and without,” the report added.