REVIEW: 'Trollhunters Rise Of The Titans' Is A Fallible Yet Commendable End To A Remarkable Saga 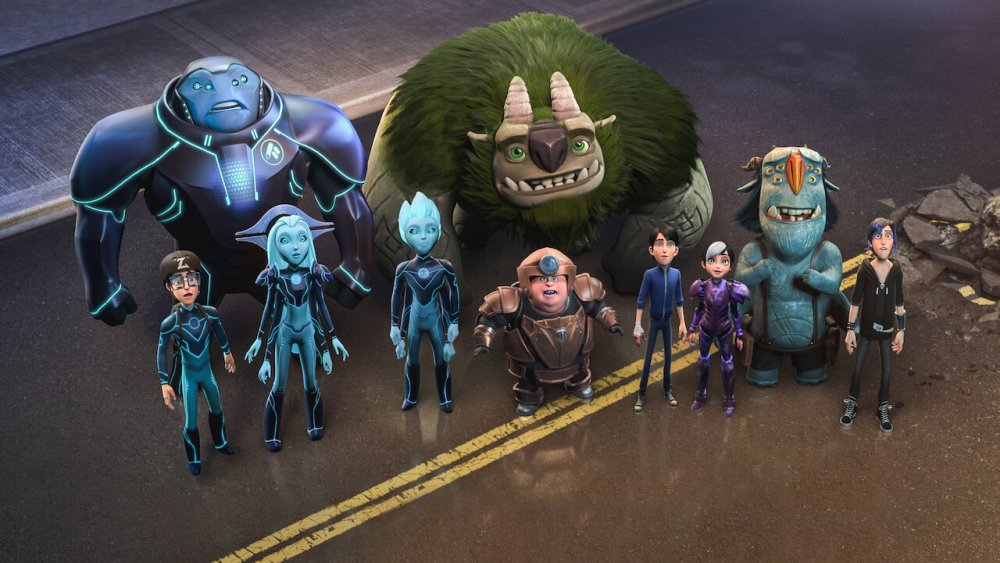 In the epic conclusion to the dazzling world created by Guillermo del Toro, all the heroes unite to do what they do best, rising above the film's struggle to form a unifying whole in what turns out to be a commendable effort.

When Netflix and DreamWorks collaborated to create the Trollhunters series in 2017, something magical was born. Visionary filmmaker Guillermo del Toro spared no expense to give fans a thrilling look at the world of fantastical beasts and an unlikely hero who would go on to change the fate of all.

In Trollhunters: Tales of Arcadia (seasons 1-3), we were introduced to Jim Lake Jr. (first voiced by the late Anton Yelchin and later replaced by Emile Hirsch), a scrawny kid in the little town of Arcadia who is unexpectedly chosen to become the Trollhunter; a hero who must defend trolls and humans from the threat of the bad trolls like Bular, his father Gunmar, and the medieval sorceress Morgana. 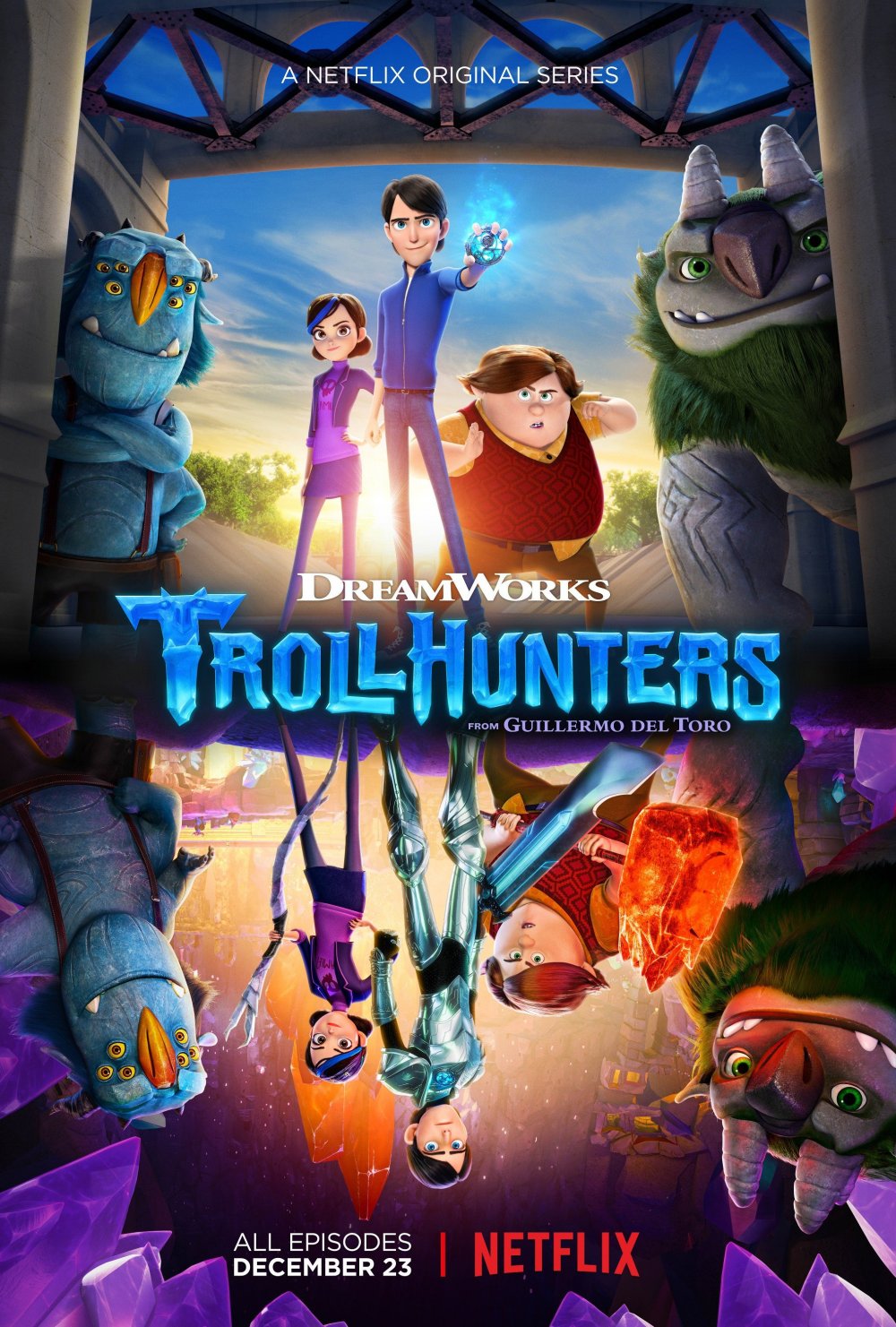 3Below: Tales of Arcadia (seasons 1,2) gave us a look into the alien world of Akiridion-5 where royal siblings Princess Aja Tarron (Tatiana Maslany) and Prince Krel Tarron (Diego Luna) fled their homeworld to find refuge in Arcadia. While there, they defend the city from extraterrestrials who come looking for them. 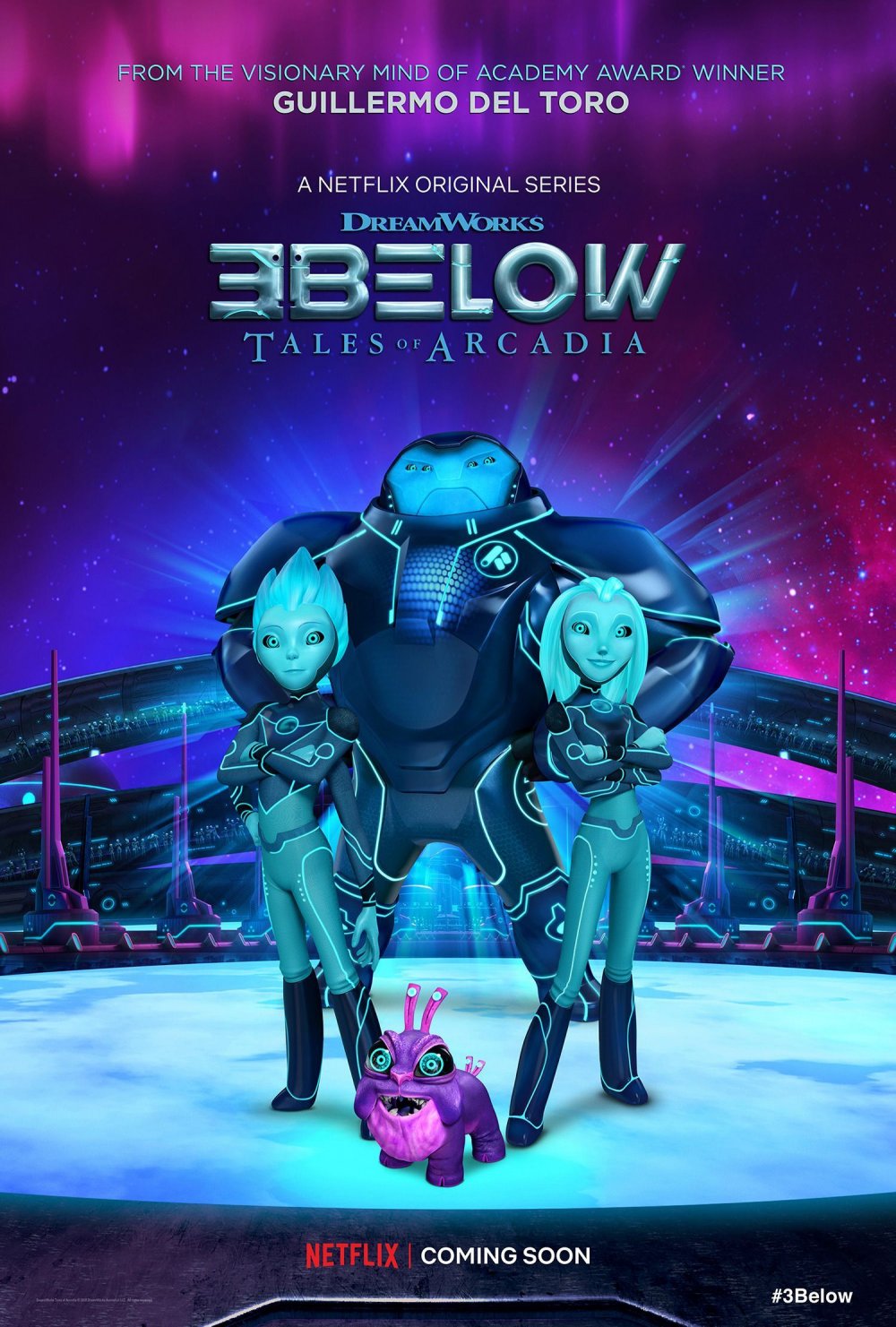 Wizards: Tales of Arcadia focused on the fledgling wizard Douxie Casperan (Colin O'Donoghue), an apprentice to the famous Merlin, who travels back and forth through time to deal with the evil Morgana and the Arcane Order. 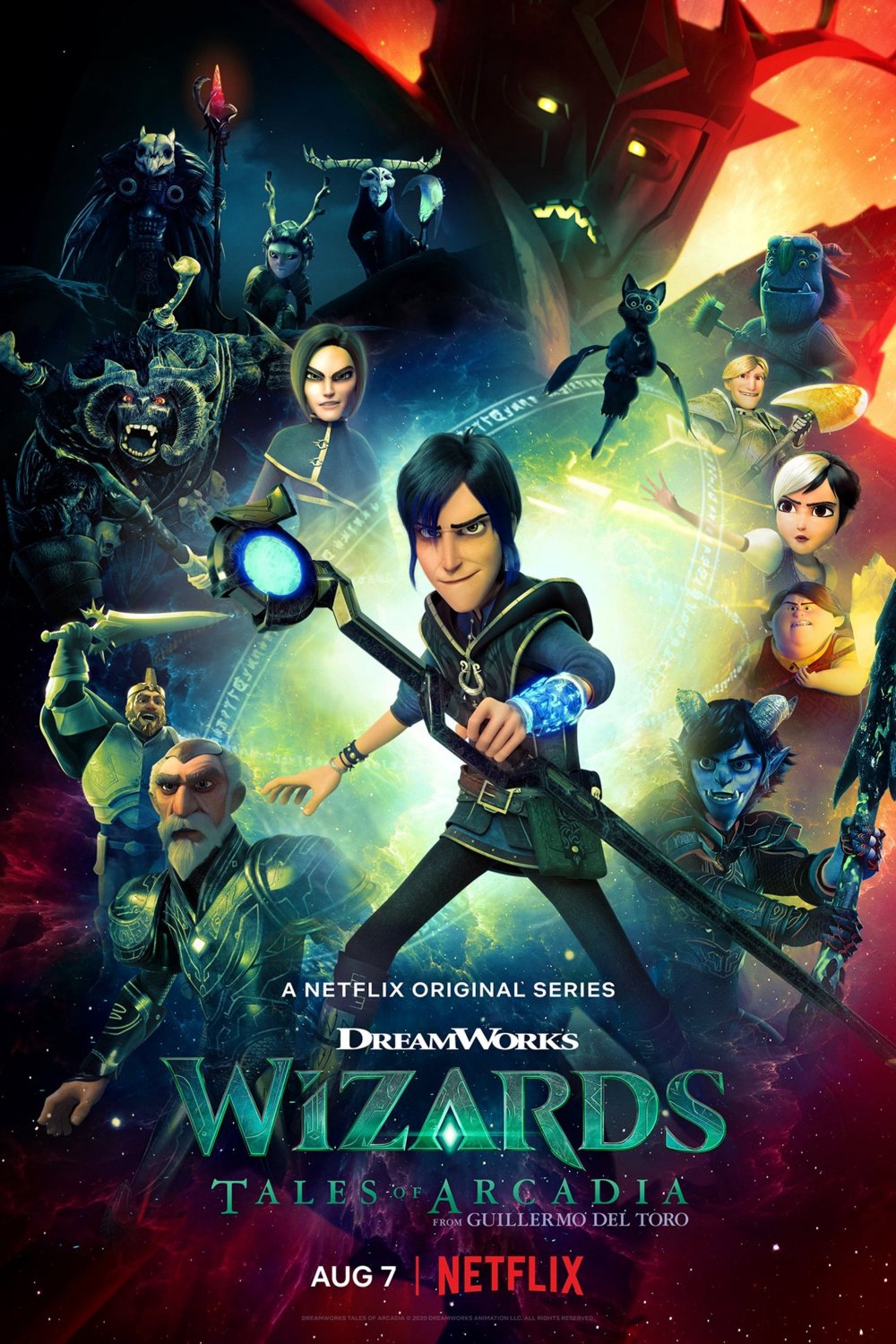 Concluding the sprawling saga, Trollhunters: Rise of the Titans sees all the heroes from the previous series band together when the Arcane Order decides to wake the Titans (Ice, Earth, and Fire) to reshape the world, threatening the very existence of all its inhabitants. 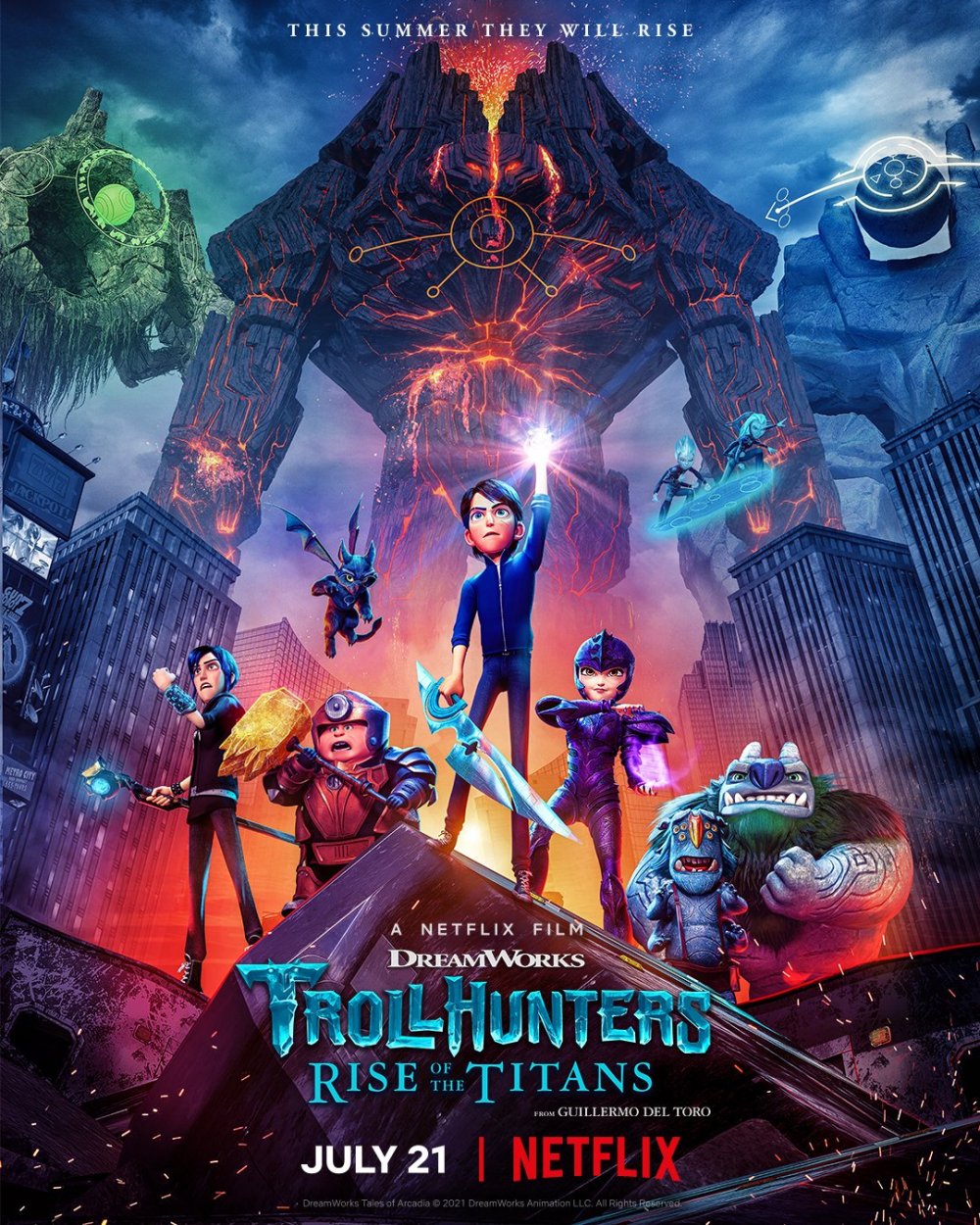 Personally, I would have preferred this final chapter to be released as a series too because, at some point, it was obvious that the film's directors (Johane Matte, Francisco Ruiz Velasco, and Andrew Schmidt) were trying to blend their differing visions into a coherent whole. The result is a narrative that is rushed and a pacing that those unfamiliar with the previous chapters may struggle to keep up with.

After a rather long backstory explanation, the story kicks off in high gear, unfolding into action sequence after action sequence as Jim rallies his allies to take a stand against the bad guys. 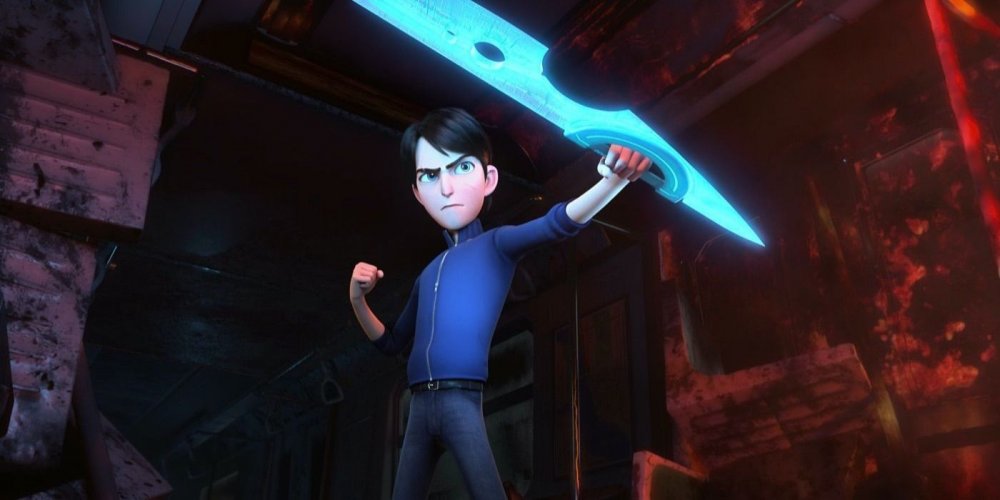 The last time he was seen, the protagonist had lost his powers as the Trollhunter because of the destruction of the magical amulet created by Merlin. Now, he is more conflicted than ever, wondering if he still deserves to be called the Trollhunter.

Jim's closest and loyal friends, Blinky (Kelsey Grammer), Toby (Charlie Saxton), and love interest Claire (Lexi Medrano) lend him their support in what is their biggest battle yet. 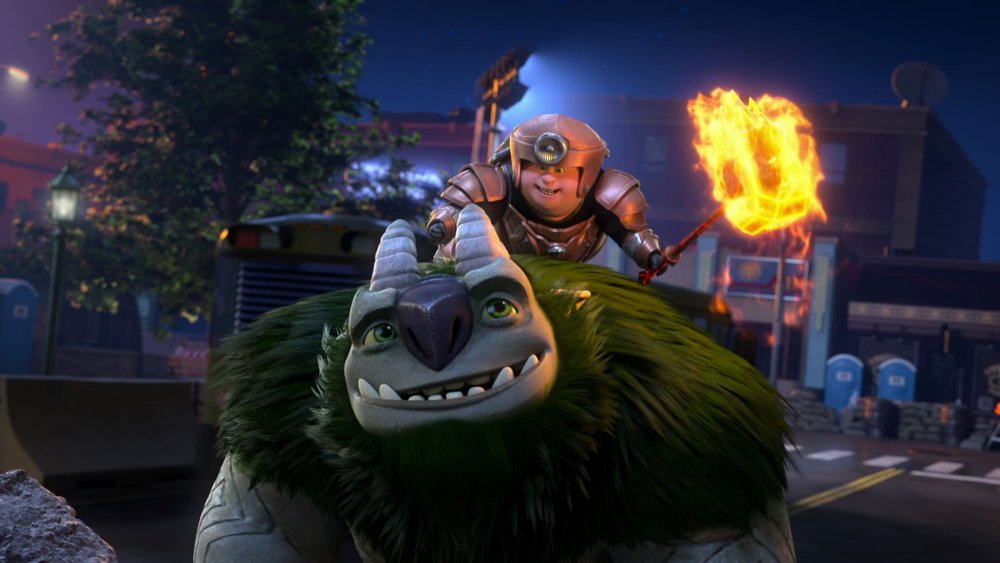 Despite being an animated movie, Trollhunters: Rise of the Titans doesn't play it safe when it comes to the damage caused by the war and I was left in shock as some of the major characters started dying. This, more than anything else, makes the viewer root for the heroes to succeed in their quest. I kept asking myself who would die next.

More than ever, the themes of friendship, sacrifice, and heroism shine through, and when it comes down to it, Jim rises to the occasion, showing that his humanity, not the powers granted to him by the amulet, makes him the hero that he is. 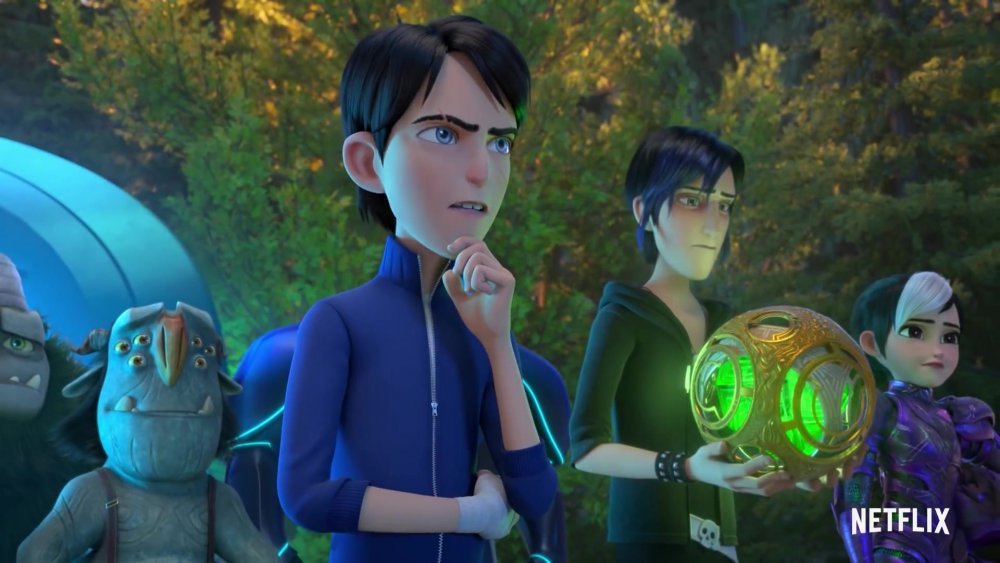 The spectacle is something to behold but doesn't measure up to some of the best battle scenes seen from previous chapters of the tales of Arcadia.

The action is good (it could have been better though) and the visual effects are quite impressive too. The dialogue goes from good to cliche to inspiring and back to predictable but works when all things are considered. 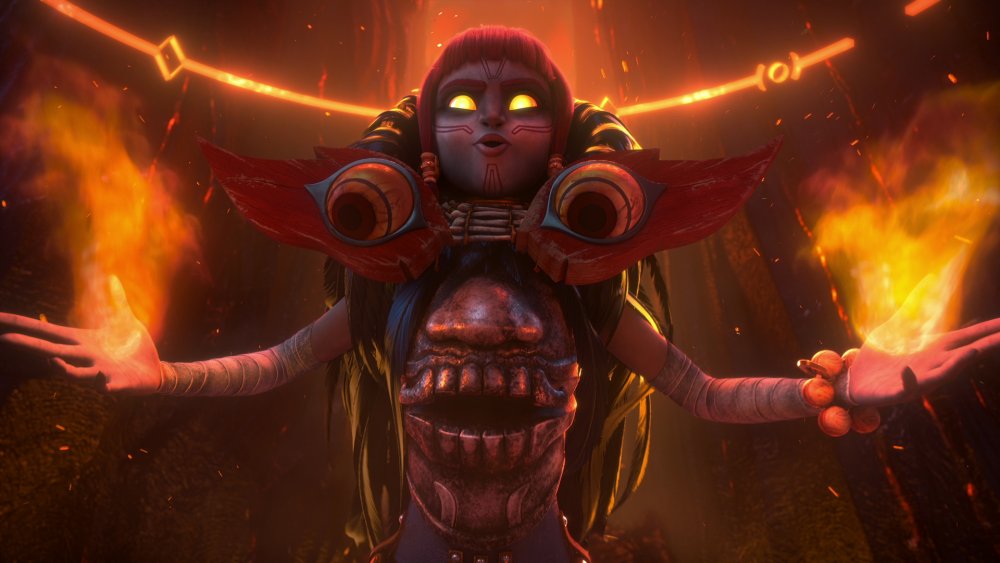 Whatever imperfections the film has, it makes up for in its touching finale which may leave many diehard fans of the series in tears.

As I said earlier, this tale would have been better if it came out as a series or miniseries as the three directors practically try to force a lot in this one film. All the same, their efforts must be commended. 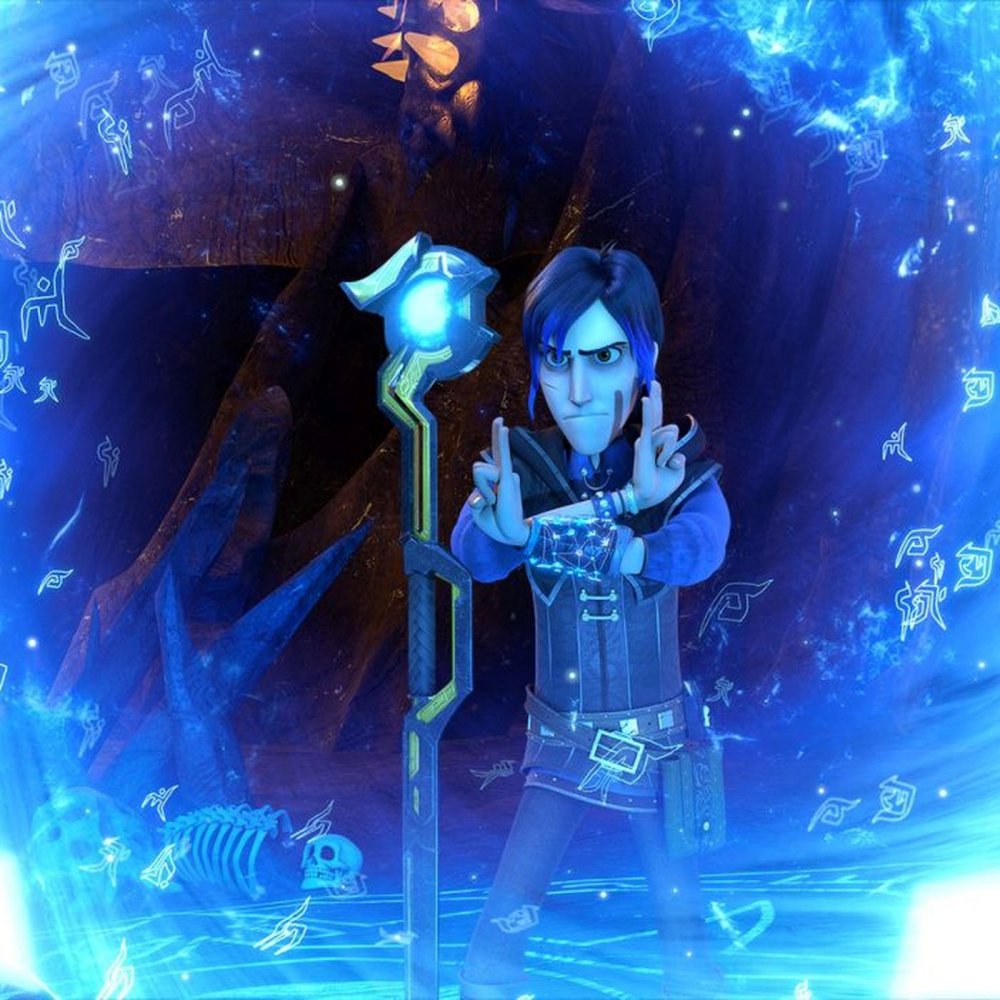 I will round off my review by addressing Guillermo del Toro. Sir, you created something extraordinary when you decided to bring the Trollhunter stories to the screen. Though the chapters have their highs and lows, you mesmerized me for most of it. This last tale doesn't quite make the impression I expected but it doesn't disappoint at the end of the day. Thank you! Raya and the Last Dragon

Raya (voiced by Kelly Marie Tran) is a young girl who embarks on a quest to find the last dragon and save her village.

An actor known for playing characters in life-threatening situations.