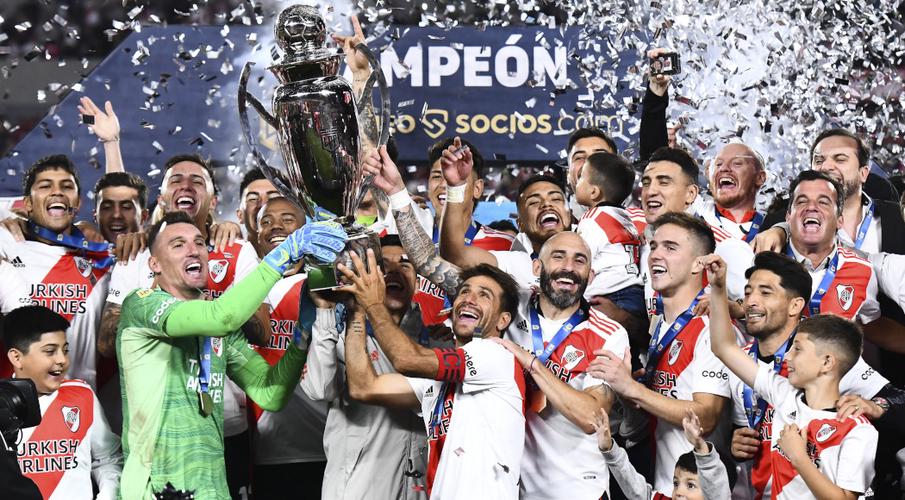 River Plate's Marcelo Gallardo wins a first Argentine first division trophy with three games to spare and secure the only major domestic title that had evaded him by defeating Racing.

A first-half goal from Agustin Palavecino and three more in the second half from Julian Alvarez and Braian Romero's double gave River an unassailable 12-point lead at the top as they claimed the title in comfortable fashion, with the most goals scored and the least conceded.

The home side overran their opponents at the Monumental stadium in Buenos Aires, having 28 shots at goal to the visitors’ five.

"We just had that last step to take, the most difficult one, but we were up to the task," said 39-year-old midfielder Leonardo Ponzio. "I can't ask for anything more in this profession. I'm so happy."

It was River’s 36th league title and the 13th trophy for former midfielder Gallardo in his seven and a half years at the helm.

During that time he guided the capital club to three Argentine Cups, two Copa Libertadores, South America’s equivalent of the Uefa Champions League, and a Copa Sudamericana, the regional equivalent of the Europa League.

Reports in Uruguay say Gallardo is being considered as a possible replacement for Oscar Tabarez, who was fired as coach of the national side earlier this month.