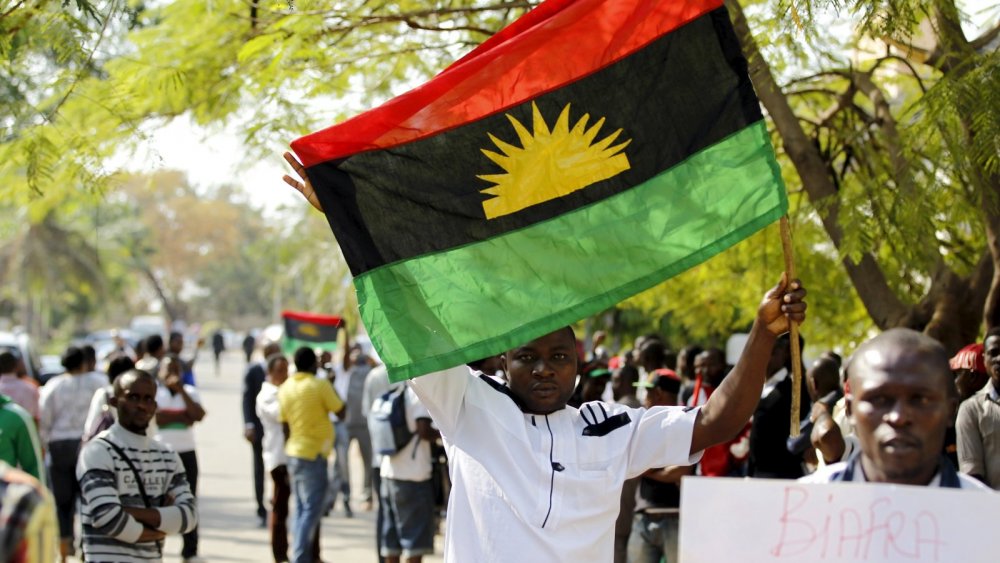 Following the petition seeking an end to the activities of the proscribed Indigenous People of Biafra (IPOB) in Oyigbo Local Government Area by Oyigbo Indigenous Lawyers Association, the Rivers State Judicial Commission of Inquiry on the activities of the disbanded Special Anti-Robbery Squad and related offenses on Thursday dismissed the petition.

The Oyigbo lawyers, who submitted a petition on behalf of the entire people of Oyigbo local government area to the panel had also demanded that Rivers State government, should rebuild all the public infrastructures destroyed when hoodlums hijacked the #EndSARS protest in the area.

While dismissing the petition, the Chairman of the Panel, Hon. Justice Chukwunenye Uriri said the matter was outside the panel’s terms of reference, which has to do with police brutality.

Speaking with newsmen shortly after, OILA’s counsel, O.C Higher-King, said the proscribed group (IPOB) successfully hoisted its flag in Oyigbo because they felt that the area had been abandoned by the state government.

“We came here basically to assist the Commission; we did our private findings and found out that there was actually Police brutality and military brutality and other people during the mayhem in Oyigbo. We discovered that and we documented and brought it to the Commission.

“Although we have several indigenes of Oyigbo we know that were brutalized by the Police and military we wanted to come as a neutral body, an association of eminent lawyers on Oyigbo to present to the Panel.

READ ALSO: Oyigbo: ‘Wike Will Be Jailed For Life’ - Lawyer To IPOB

“We recommend that the state government take over Oyigbo and own Oyigbo because a bride that is abandoned is public property. It is not just this government that abandoned us, precious governments. That is the problem we have, but they have stuck it out.

“We also demanded that they should rebuild the entire damaged infrastructure in Oyigbo including Police stations and all the courts. In fact, everything destroyed. You can see they those recommendations were actually not supposed to be struck out, but that is the law for now.

“We further demanded that the state government should do all it can to curtail the excesses of IPOB and all that because they have been alleged to be the people that destroyed those things and all that with the military and the Police.”

Higher-King however said there are cases of police and military brutality during the mayhem in Oyigbo, adding, “We recommend that the state government take over Oyigbo and own Oyigbo because the bride that is abandoned is public property. That is the problem we have, but they have stuck it out."