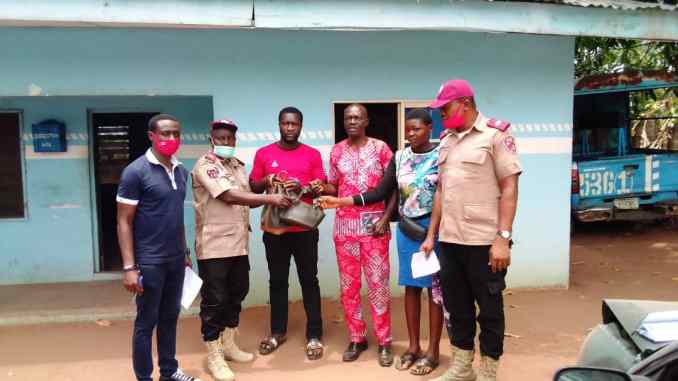 The Federal Road Safety Corps (FRSC) said it handed over N340,494 to relatives of victims of road accidents in Jigawa.

The Sector Commander in the state, Ahmed Mohammed, announced this in a statement in Dutse on Thursday.

“In line with FRSC core values of transparency, timeliness, service orientation and fairness, the Unit Commander, RS1.43 Kazaure, handed over N340,495 only and other belongings to the relatives of road traffic crash victims which occurred on December 18, 2021, along Kazaure-Daura Road.

“The relatives were quite happy and praised FRSC for its transparency in handling the public property," Mohammed said.

He urged travellers to always patronise designated motor parks and fleet operators for easy identification in case of accidents or other emergencies.

The sector commander also advised people to avoid night journeys, which he described as dangerous.

According to him, the FRSC discourages night journeys because they are associated with security risks including accidents.

“When an accident occurs at night, there can be delays before an emergency and rescue team can be reached to assist the victims,’’ he said.