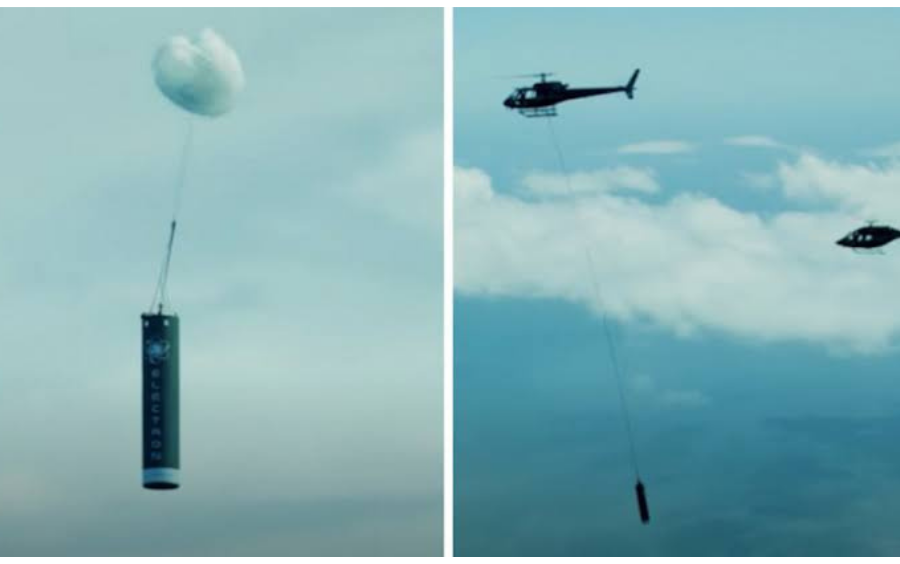 Rocket Lab has made significant progress toward making its Electron orbital launch vehicle reusable. For the first time, the company successfully recovered Electron's first stage mid-flight with a helicopter when it returned to Earth after launching 34 satellites into orbit.

To guarantee that the first stage survives its re-entry into the atmosphere, Rocket Lab re-oriented it to the optimum possible angle, giving it the highest chance of surviving extreme heat and pressure.

Before the main parachute opened up in the latter stages of its descent, a drogue parachute was deployed to boost drag.

The company dispatched a Sikorsky S-92 helicopter to meet the returning stage at 6,500 feet in the air, capturing the rocket's parachute line with a hook on a wire.

While the grab was successful, Rocket Lab CEO Peter Beck remarked on Twitter that the pilots were unhappy with how the rocket was hanging beneath the chopper and chose to drop it into the ocean.

It was finally recovered and loaded aboard a ship for transportation back to Rocket Lab's headquarters for re-flight evaluation.

There ?and back again ? pic.twitter.com/GEsOmpYKFh

According to Rocket Lab, the test provided its helicopter pilot with "different load characteristics than previously experienced in testing" and will help with future helicopter captures.

The goal is to be able to grasp the rocket in mid-flight and bring it back to land rather than having to drop it into the sea, which could damage it.

Peter Beck, the CEO of Rocket Lab, said: "It's a supersonic ballet bringing a rocket back from orbit and catching it with a chopper.

"Many things must align and many systems must work flawlessly, therefore I am immensely pleased with our Recovery Team and all of our engineers who worked tirelessly to make this mission and our first catch a success.

"From here, we'll evaluate the situation and decide what modifications to make to the system and processes in preparation for the next helicopter catch and eventual re-flight."

The company has another launch planned for May, but it's unclear whether it would try to recover the helicopter again.