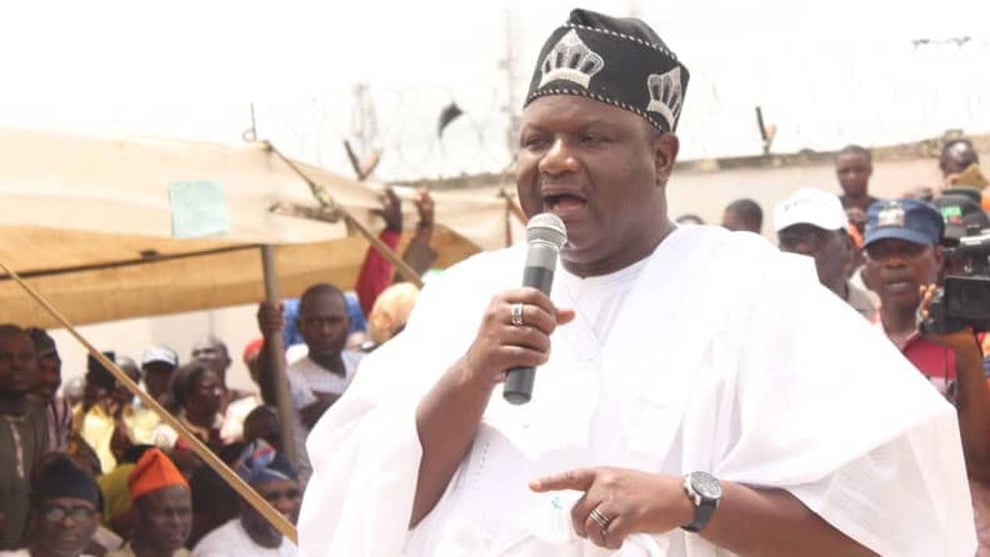 Royal families in Igbajo under the aegis of Onigemo descendants in Boluwaduro Local Government Area of Osun have expressed support for Governor Ademola Adeleke’s reversal of the enthronement of Prince Gboyega Famodun, as the Owa of Igbajo.

This is contained in a statement jointly signed by the Onigemo of Igbajo, Chief Gbadebo Bamigboye and other royal princes, Prince Jonathan Bamigboye, Prince Adebayo Makinde, and Prince Tunde Dada, on Thursday in Osogbo.

The statement said the governor’s decision would bring sanity to Igbajo town, adding that happenings in Igbajo-Iloro in the last few days and particularly since the inauguration of Gov. Ademola Adeleke, had really humbled them.

On his first day in office on Monday, Gov. Adeleke issued an Executive Order setting aside the enthronement of the Aree of Iree, the Akirun of Ikirun, and the Owa of Igbajo.

The suspension would hold pending the review of their appointments, the governor declared.

Adeleke also directed security operatives to take over the palaces of the three traditional rulers immediately.

The statement said the appointment of Famodun by the immediate past governor, Gboyega Oyetola, did not follow due process and that the decision of Gov. Adeleke to review the appointment was a welcome development.

It said the Onigemo descendant had on November 9, 2022, done a full-page advert on why the family should be considered for the throne, and also a protest letter written to the former governor for a level playing ground was ignored.

The statement also said that it would be impossible for Famodun, who was a former APC chairman to be fair to PDP government in the state.

The statement also said that the purported press release from Owa-in-Council, suggesting that there was peace, tranquillity and joy after the installation Famodun, as Owa of Igbajo land was a fallacy that only existed in the minds of an oppressor.

It said the purported press release could not be from the highly revered institution of Owa-in -Council, adding that it could have only come from the media arm of a political party that recently exited power in Osun State.

The statement said the press release was lacking in tact, diplomacy, empathy and sensitivity that is found in the ancients.

It also said from November 16 through 24, when Famodun was installed as Owa of Igbajo, the Igbajo town was militarised with heavily armed policemen presence to mull any dissenting voice.

The statement said people of the town were wise enough not to confront the armed personnel fostered in the town by one of their own, Famodun, to ensure he was forced and imposed on the community.

According to the statement, the composer of the purported press release from Owa-in-Council should know that It took the appeal of the highly cerebral IDA President, Mr Sola Fanawopo, on the Radio programme, to appeal to all Youths and dwellers of the town to be law abiding.

It said otherwise, some people were ready to dare the police and take the bullet rather than living to see Gboyega Famodun forced on them.

The statement said the calmness of the people and peace in town before and during Famidun’s installation due to the appeal of IDA president to the people of the town, might be what the purported Owa-in-Council press statement was referring to.

“To all those who are still hoping to forcefully install Prince Gboyega Famodun, as Owa of Igbajo just because he is perceived to be close to the seat of power without giving a level playing ground to all contestants, the events of yesterday should educate them that power belongs to God.

”Yes, some of the contestants may not be walking or connected to the corridors of power like Prince Famodun.

”They may also not have a voice in the corridors of power like him, but they certainly have a redeemer, and according to Jeremiah 50:34 'their Redeemer is strong and the Lord of Host is his name and he will thoroughly plead their cause that he might give rest to the land"

“All those who are still playing god in this matter of Owaship tussle should take a cue and learn from the events of these few days.

”They should ensure that the right things are done in a very open, very honest, very transparent manner, instead of further rubbing salt in the wounds they had maliciously inflicted in the hearts and minds of all those who had hoped for a fair, honest and transparent contest," it said.

The statement urged the Owa-in- Council, that a golden opportunity beckons to remove Igbajo from the land of relegation, which APC would have sold the people of the town into.

“Please, be true to your conscience and your God, give Igbajo an Oba that is not partisan, to enable our sons and daughters in PDP to bring home the dividend of their party.

“It is so sad that some Igbajo citizens could actually be scheming to turn the whole Community against the new government by having a partisan King.

“Or would Gboyega Famodun have resigned from APC politics and be fair to the PDP government, this is absolutely impossible.

“Of what benefit was his position to Igbajo, as Chairman of APC that the town could not get any political slot?

“Even when the owner had a chance of getting a national House of Representative slot, it was still the same Gboyega that burgled it because of his inordinate ambition," the statement said