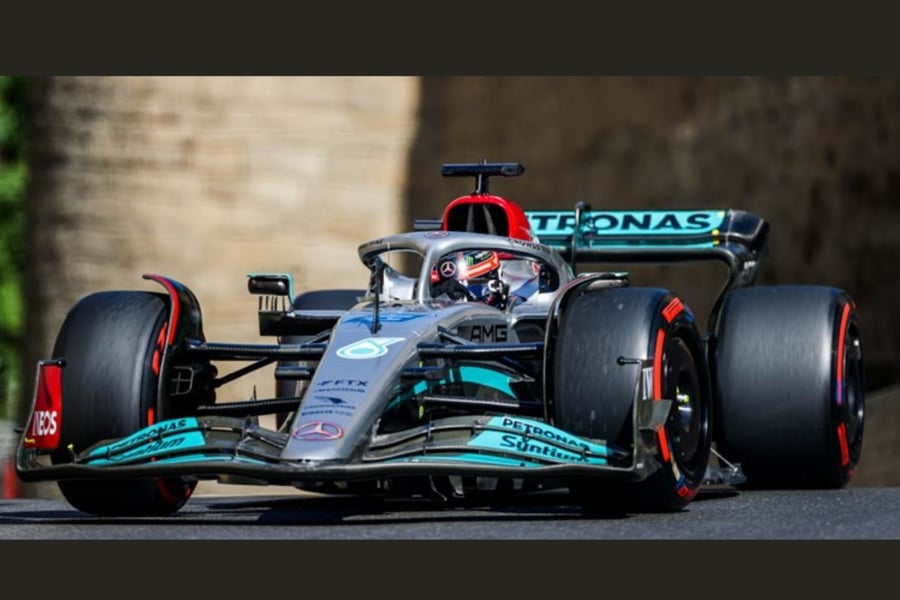 Mercedes driver George Russell on Saturday called the 'porpoising' experienced by the 2022 Formula One cars a "recipe for disaster" and warned it was only a matter of time before it caused a major accident.

"I think it’s just a matter of time before we see a major incident," Russell told reporters after qualifying fifth for the Azerbaijan Grand Prix.

"A lot of us can barely keep the car in a straight line over these bumps, we’re going around the last two corners at 300 kilometres per hour, bottoming out, you can visibly see on the tarmac, how close the cars are running into the ground."

"With the technology, we have in today’s environment, it seems unnecessary we’re running an F1 car at 200 miles an hour millimetres from the ground and it’s a recipe for disaster.

"I don’t really know what the future holds but I don’t think we can sustain this for three years or however long these regulations are in force for," Russell added.

The phenomenon is that the cars bounce dramatically at high speeds as the aerodynamic grip is gained and then lost, like the motion of a porpoise through the water.

It’s an aerodynamic problem that affects cars that use venturi ducts to generate downforce through the ground effect.

The hopping is due to a cycle of aerodynamic unloading and reloading of the car, due to the repeated stalling of the floor and the diffuser.

The expansion of the diffuser, now much wider than in 2021, fails to keep the airflow adhering to its wall beyond a certain speed (indicated on average to be above 155mph).

The flow then detaches from the upper edge of the diffuser, creating a stall. This slows down the flow under the venturi ducts and reduces the downforce of the car, which unloads the suspension.

This has resulted from radical rules overhaul introduced this year.

That overhaul has seen the cars generate a significant chunk of their grip from the underside of the floor.

Teams have been affected to varying degrees by the bouncing and have had to run their cars at a higher ride height to mitigate it which has compromised performance.

Russell's formerly dominant Mercedes team has struggled with the problem all year.

Ferrari have also been among those most affected but it has not stopped them from being in the fight at the front.

Team bosses said they needed to understand why some outfits were affected to a greater degree, adding a solution would be found with time.

"So, I think we need to accept it.

"It's certainly something on which we need all to better understand to improve."