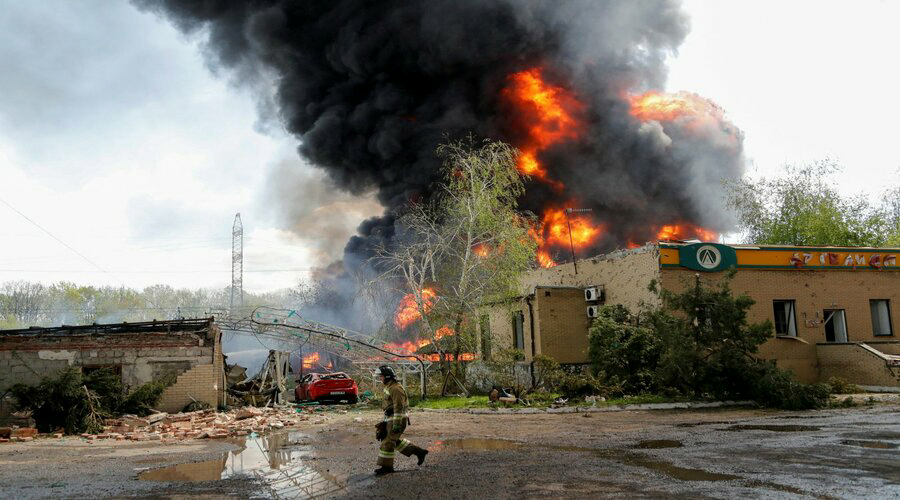 Dozens of civilians have been killed and wounded in Russian strikes in eastern Ukraine.

This is as Ukrainian and United Nations officials remain hopeful for more evacuations from the bombed-out steel mill, which is being stormed by Russian forces, in the Ukrainian port city of Mariupol.

The Daily Sabah reports that Russian forces opened artillery fire on towns in eastern Ukraine, killing and wounding dozens of civilians, and began storming the steel mill in Mariupol.

The governor of the eastern Donetsk region said the Russian attacks left 21 dead on Tuesday, the highest number of fatalities since April 8 when a missile attack on the railway station in Kramatorsk killed at least 59 people.

Also, Sviatoslav Palamar, deputy commander of Ukraine’s Azov Regiment, said; "We’ll do everything that’s possible to repel the assault, but we’re calling for urgent measures to evacuate the civilians that remain inside the plant and to bring them out safely."