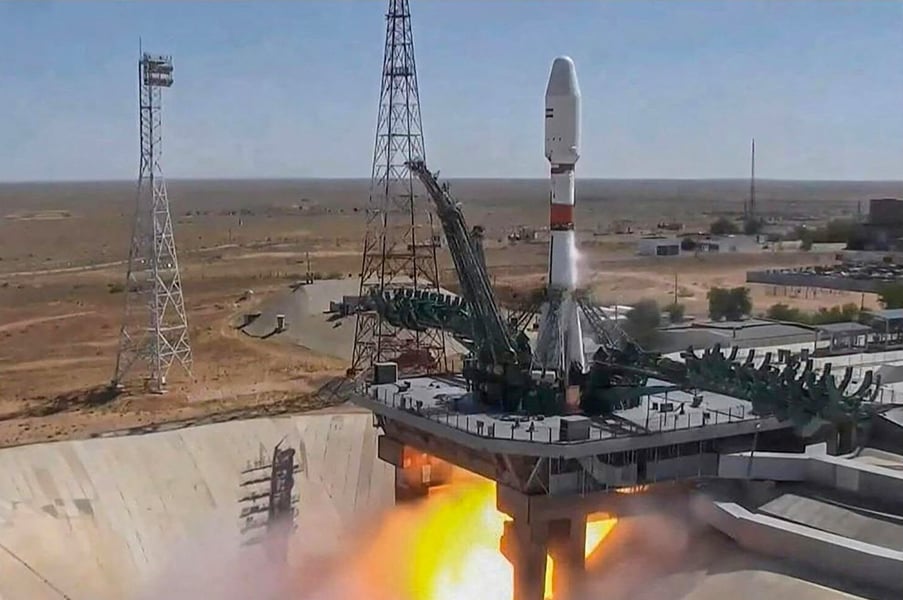 A Russian rocket carrying an Iranian satellite was successfully launched into space on Tuesday.

This is as Russia and Iran seek to build closer ties in the face of Western sanctions.

According to Russia’s Roscosmos space agency, the remote sensing satellite called “Khayyam” was launched by a Russian Soyuz rocket from the Baikonur Cosmodrome, the main base for Russian space launches located in southern Kazakhstan.

Iran has rejected claims the satellite could be used by Russia to boost its intelligence capabilities in Ukraine. This is as U.S. officials feared that the satellite will help Russia in its war against Ukraine.

Iran says the satellite is designed for scientific research, including radiation and environmental monitoring for agricultural purposes.

Since Russia invaded Ukraine, it has sought to deepen its ties with Iran.

In July, Russian President Vladimir Putin made his first trip outside his country since invading Ukraine in February to Iran.