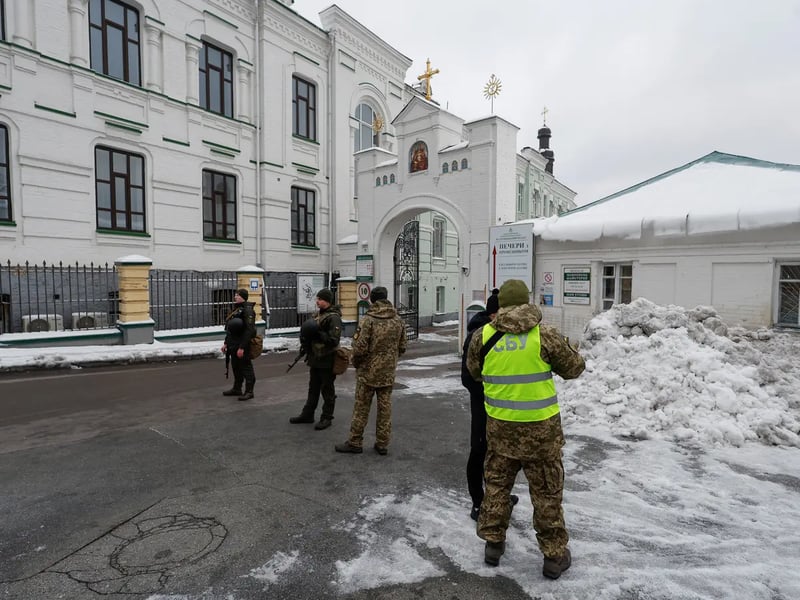 This is part of operations to counter suspected “subversive activities by Russian special services,” the SBU said.

The SBU said; “These measures are being taken as part of the systemic work of the SBU to counter the destructive activities of Russian special services in Ukraine.”

It said the search was aimed at preventing the use of the cave monastery as “the center of the Russian world” and carried out to look into suspicions “about the use of the premises for sheltering sabotage and reconnaissance groups, foreign citizens, weapons storage.”

The Kyiv Pechersk Lavra complex that was raided is a Ukrainian cultural treasure and the headquarters of the Russian-backed wing of the Ukrainian Orthodox Church known as the Moscow Patriarchate.

In May, the Ukrainian Orthodox Church of the Moscow Patriarchate ended its ties with the Russian church over Russia’s invasion of Ukraine and condemned the support of Patriarch Kirill, the head of Russia’s church.