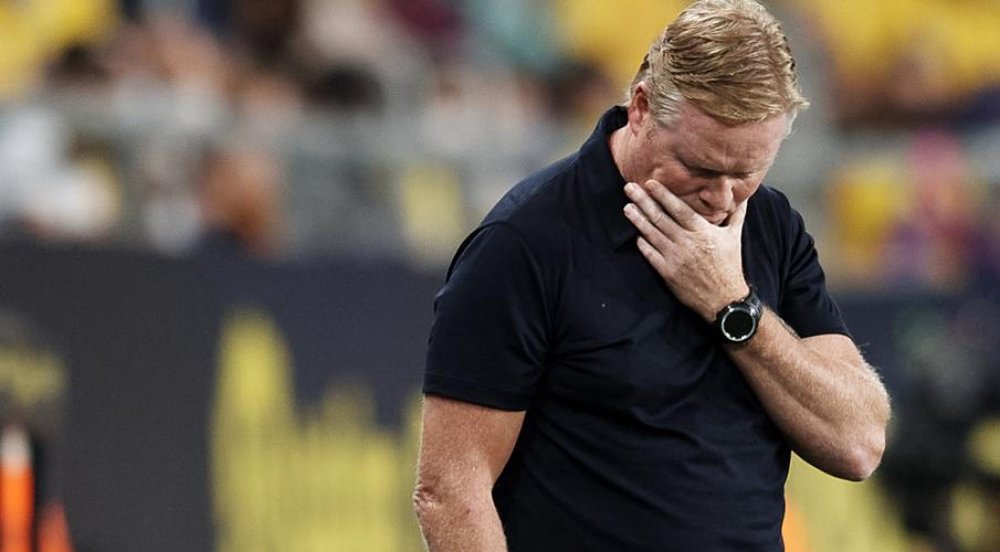 Another huge loss to Benfica in the Champions League on Wednesday has added more pressure on Barcelona's under-fire manager Ronald Koeman but midfielder Frenkie de Jong said sacking him would not solve the club's problems.

Barca have made a poor start to the season, languishing in the sixth spot in LaLiga, five points off leaders Real Madrid, and suffering back-to-back 3-0 defeats in the Champions League after losing their opener to Bayern Munich.

"I don't think changing the coach is the solution," Dutchman De Jong said. "I can't talk about Koeman, it's not my place.

"We have to keep fighting, stay together and overcome this situation. We can only escape this with hard work and being united as a team."

Koeman said the players were still behind him but added that he did not know if the board felt the same after the Benfica game.

"As I've said just the other day, regarding my future I can't say anything," Koeman said.

"Because I don't know what the club is thinking in this respect, and I don't want to answer any more questions on this because it is not in my hands. We'll see."