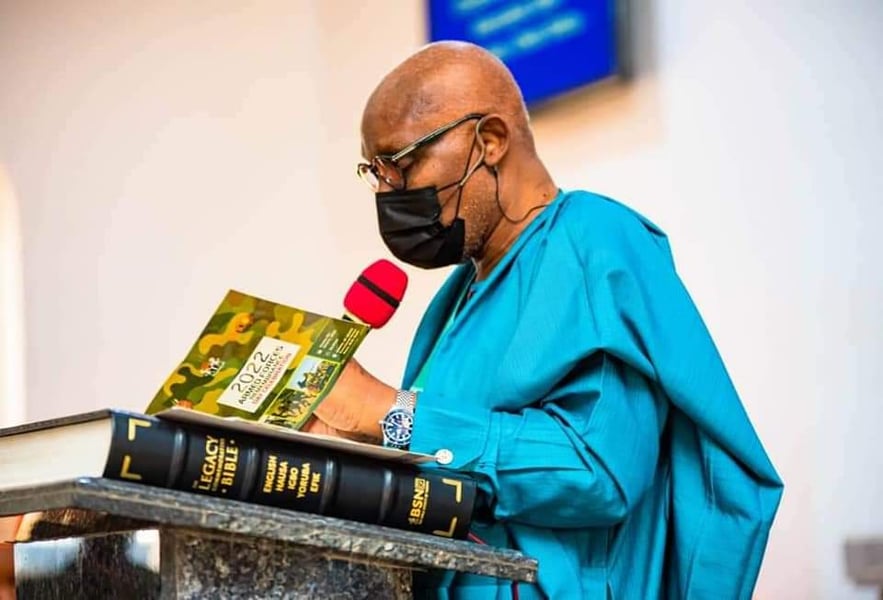 Ondo State Governor, Rotimi Akeredolu, has described the sacrifices of military personnel and other security agencies in the country as the zenith of patriotism.

Governor Akeredolu who said the security personnel signed away their lives, comfort and family bond to gladly defend the territorial integrity of the country added that they sometimes pay the supreme sacrifice.

The Governor spoke on Sunday at a church service held to commemorate the 2022 Armed Forces Remembrance Day Celebration at the Chapel of Grace, Government House, Akure.

While noting that the Armed Forces Remembrance Day Celebration is held to honour the departed heroes and appreciate the living ones, he added that some of them were exposed to various deprivations in the course of their services to humanity.

He used the occasion to solicite for generous support for the widows and dependants of the fallen heroes as well as for those who are still alive but physically challenged.

Akeredolu called on the people to conduct themselves in the most peaceful and patriotic manner and also assist the security agencies in any way possible In securing the state.

The Ondo State helsman also disclosed that the collaborative efforts between Amotekun Corps and the regular security agencies in the state has reduced to barest minimum incidences of crime and ensured that the state remained relatively peaceful.

Earlier in his sermon, titled, “Remember me O God and my Deeds”, the Diocesan Bishop of Ondo, Rt. Rev Stephen Oni, said it is always good to remember those who fought for peace and unity of the country just as he appreciated God for keeping the country together in the face of obvious challenges.

He also stressed the need to restructure the country to address various agitations even as he called on President Muhammadu Buhari to sign the Electoral Act into law in the interest of the nation’s electoral system.

The Commander, 32 Artillery Brigade, Akure, Brigadier General Yakubu Yahaya was represented at the Church service by his Chief of Staff, Charles Zebere.