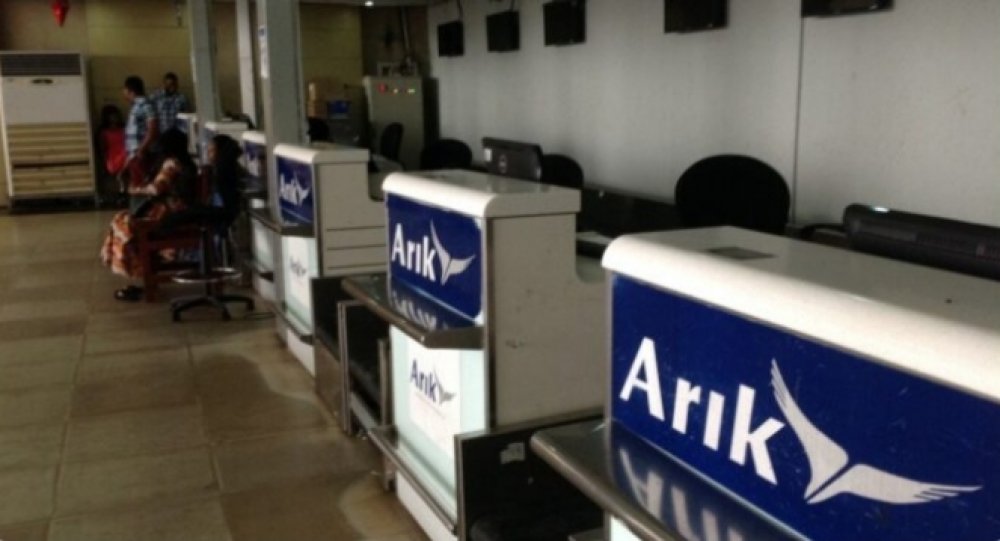 Aviation unions have shutdown operation of Arik Air following non-payment of staff salaries for about five months. The union said their workers' salary haven't been paid since April by Arik Air, whose Chief Executive Officer, Roy Ilegbodo, had criticised the demand of the employees.

The operations of Arik Air was disrupted today (Monday), preventing passengers from boarding their scheduled flights. Arik Air had placed 90 percent of its workforce on compulsory leave as the aviation industry was lockdown following the outbreak of Coronavirus in Nigeria.

Airlines in Nigeria couldn't operate for about four months due to restriction placed on flights both locally and internationally. This significantly cut the revenue of airlines to zero within that period, as there was no booking or flight reservations. The industry also reportedly lost NGN20 billion for each month of the lockdown.

Ilegbodo had said in a AllNews report that Arik Air is a loss-making company, so yielding to the demand of the employees will inconvenient Arik Air. The airline company has been under the receivership of the Asset Management Corporation of Nigeria (AMCON) since February 2017. AMCON has been managing Airk Air due to its poor financial state as the company was unable to meet its debt obligations.

No Excuse In The Book Of Workers

The aviation union is using the strike to push their demand for better welfare and salary increment. The Chairman of ATSSSAN, Arik Air branch, Innocent Atasie, said the salary of the workers have remained the same since the inception of Arik Air.

Atasie said the shutdown became necessary as Arik Air and the Aviation union couldn't agree on-demand. The union demanded payment of outstanding salaries arrears, signing of conditions of service, remittance of pension, tax, and statutory deductions to the appropriate authorities.

The union's strike was also prompted by the decision to resolve other anti-labour issues; payment of salary arrears of seven months and also to ensure that salaries are paid on time. Also, the demand included a review of all employee remunerations, according to The Cable.

It was gathered that the management will meet with the unions on September 15, 2020, for further discussion.