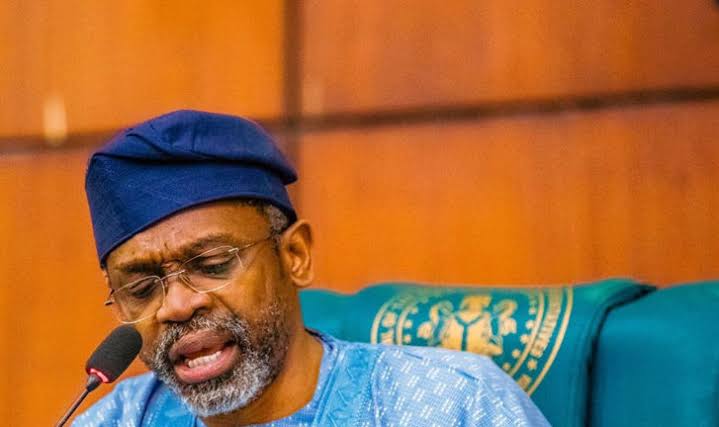 The Speaker, House of Representatives, Hon. Femi Gbajabiamila, has issued a one week deadline to House Committees on National Security and Intelligence, Police and Defence to submit findings on the missing and eventual death of, Tordue Salem,Vanguard's Newspapers reporter.

Gbajabiamila gave the directive following a point of order raised at plenary on Wednesday, by the Minority Leader, Hon. Ndudi Elumelu (PDP, Delta).

The House had, on November 9, directed the above named committees to interface with service chiefs and other security agencies so as to find Salem.

The relevant committees were given two weeks to carry out the investigation and report back for further legislative action.

However, on November 12, Salem, who covers the House of Representatives, was found dead in Abuja after allegedly being knocked down by a hit-and-run vehicle.

At plenary, the Minority Leader, Elumelu, stating the order 6 rule 2, order 8 rule 5 and order 20 rule 70 (2A) of the House bemoaned the failure of the relevant committees to submit their report on their findings.

Elumelu said although the journalist was found dead, it doesn’t say well of the committees that were given an assignment and they fail to make submissions of their findings for the House to take a decision.

“On the 9th of November, we passed a resolution rising from the missing Vanguard reporter that covers House of Representatives. Of course you made some pronouncements. And we gave our committees two weeks to make their findings and report back to this House.

"Even though we heard that eventually the young man was dead, but by compliance, the committees have not even come in here to submit their report and even tell us what happened. What we are hearing is that the young man is going to be buried on the 11th of this month. And the committees that had been given the two weeks are yet to even submit their report. It doesn’t tell well on the committees that are given an assignment and they fail to make submissions of their findings for the House to take a decision.

“Even in the course for findings they may also proffer some solutions that can lead to advice given to members of the public in a manner in which they can move whenever they are moving around within the cities or rural areas. It’s not just about whether we found him dead or not, but the findings are what led to it and what next to do, these are the things I’m worried about that our committees have failed to do.”

Responding, the Speaker, Gbajabiamila, directed the committees to unfailingly submit their report on Tuesday, December 7 for further legislative action.

“Clerk, contact legislative compliance, we need the report submitted on the floor by Tuesday latest. Let us have the report of the three joint committees on their findings on what happened so that we can know the next step to take,"he said.