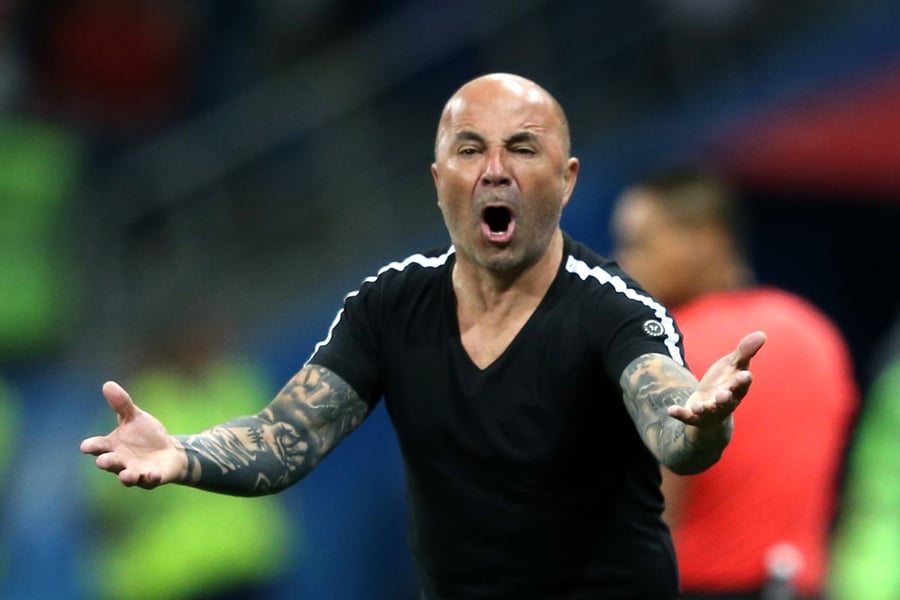 Argentinian coach Jorge Sampaoli said on Friday he had left Marseille because of differences with the club's hierarchy after guiding them back to the Champions League.

Sampaoli, 62, arrived at the Stade Velodrome in March 2021 and took Marseille to second in Ligue 1 last season.

In May, colourful former Argentina and Sevilla boss Sampaoli, who led Chile to the 2015 Copa America title, said he needed further funds to make the most of competing in Europe's top tournament.

On Friday, Sampaoli said in a post on Instagram that his vision for the future of the club was "different" from that of the directors. 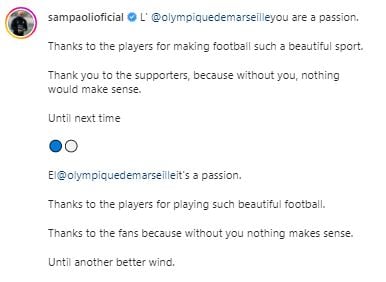 "My rhythm and objectives are not the same as those of the directors of the club," he said.

"The last season was incredible. To be the coach of this club was a pleasure for me. I was very happy."

Earlier, Marseille said in a statement the split was by mutual agreement.

"After 16 months of collaboration, this work has allowed the club to take the next step in their new sporting project and qualify directly for the Champions League," the statement said.

"We are happy with the path taken and emotions shared but after a lot of consideration, the two parties, who are acting in the interest of Marseille, agreed to bring this relationship to an end."

Marseille have signed Spartak Moscow centre-back Samuel Gigot and teenager Isaak Toure, ahead of their first appearance in the competition since 2020, when they won just one group game.

But players have also left.

France defensive midfielder Boubacar Kamara has joined Aston Villa on a free transfer. Defender William Saliba has returned to Arsenal after his loan.

Roberto De Zerbi, who had been in charge of Shakhtar Donetsk until Russia's invasion of Ukraine, has been linked with replacing Sampaoli, but the club refused to confirm the reports.

"We have clear ideas and discussions with candidates," Marseille president Pablo Longoria told reporters on Friday.

"We have a candidate in mind, who is our priority.

"Our objective is to have him by the end of the week," he added.

Marseille start their new Ligue 1 season on the weekend of August 5-7 at home to Reims.