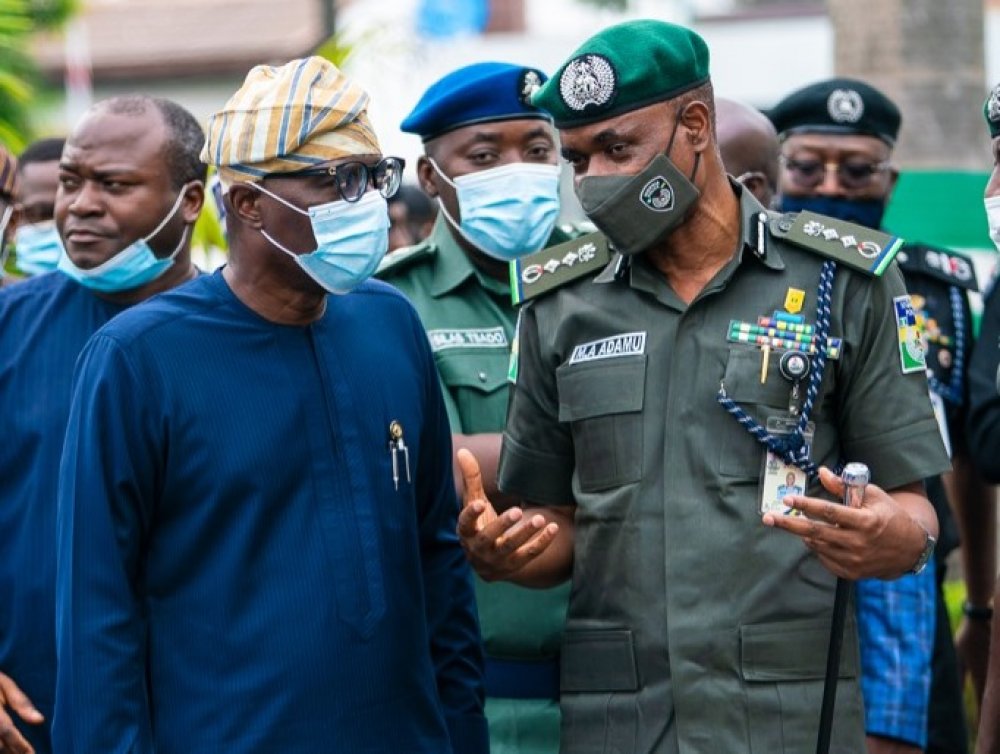 Lagos State Governor, Babajide Sanwo-Olu, on Tuesday, received the Inspector-General of Police (IGP), Muhammed Adamu, at the State House in Marina on a commiseration visit.

It was the first time the number one police officer in the country would be visiting Lagos after a nationwide youth demonstration against human rights violations and brutality committed by the disbanded officers of the Special Anti-Robbery Squad (SARS).

Lagos was the epicentre of the #EndSARS protest, which later snowballed into coordinated violence, perpetrated by hoodlums, which led to large-scale destruction of assets belonging to the states and federal government, police, and private individuals.

At 1:45 pm, the governor received Adamu in the company of the Deputy Governor, Obafemi Hamzat, and Chief of Staff, Tayo Ayinde.

Sanwo-Olu commiserated with the police chief over the mob attacks on police personnel and the torching of their stations.

Despite the violence visited on the police formations by hoodlums who hijacked the protest, the governor commended the officers in the State Police Command for exercising restraint in the face of the attacks. 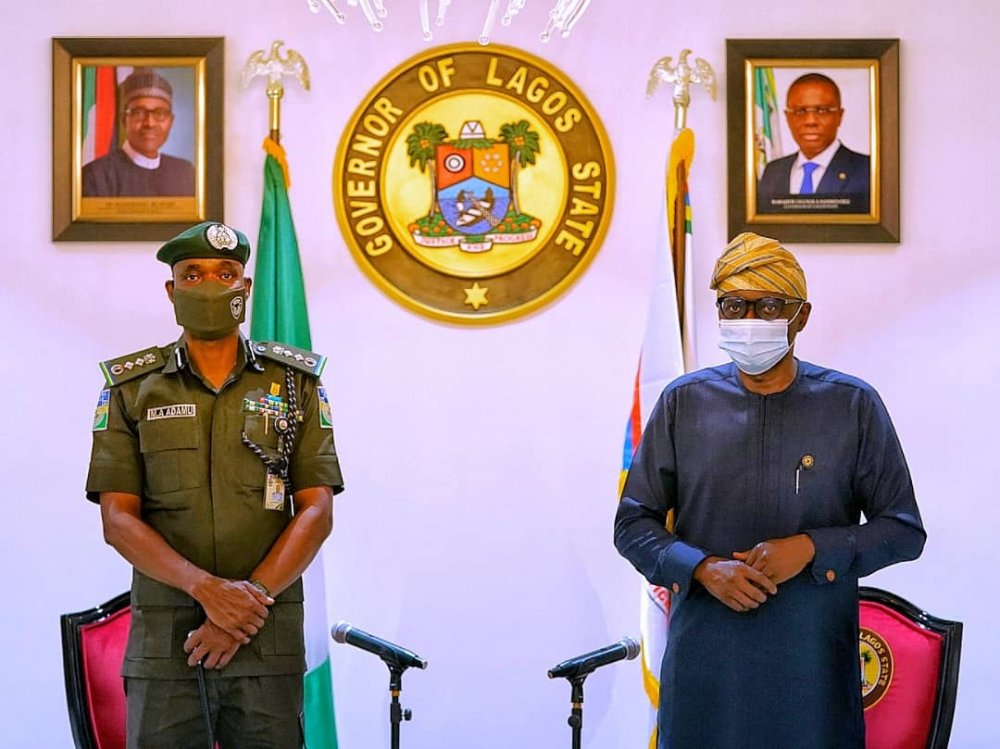 Sanwo-Olu intimated the IGP on the move by the state government to rebuild the razed police stations and offer scholarship awards to the children of the officers killed in the violence.

The governor assured Adamu that all the requests sent to the state government by the police would be fulfilled while pledging that the state would be championing a cause to improve the citizen-police relationship in order to prevent re-occurrence of the issues that led to the #EndSARS protest.

Briefing the State House press on his mission in Lagos, the IGP said he was in the state for an assessment of the police assets vandalised after the protest and to commiserate with residents.

Adamu condoled the governor and people of Lagos over the coordinated arson, which left strategic assets of the state in ruins. He said the police had widened its intelligence efforts to trace and arrest those that carried out the act.

He said, “Lagos was the epicenter where the EndSARS protest took place and the number of destruction in the subsequent violence was more in Lagos than any other part. I came to commiserate with the Governor and people of the State. The destruction they suffered was uncalled for.

“The second leg of my visit is to see the police stations destroyed and boost the morale of our men in Lagos. We don’t want them to be demoralized by the event in which they suffered personal attacks. Policemen are trained to take such pain. Now that the event has happened, it shouldn’t discourage us from performing our constitutional duties.”

The police boss said he observed that the morale of some officers had dampened in light of the violence, he noted that his visit would encourage them to give their all in protecting the lives and properties of the citizens.

Adamu said the scale of the destruction witnessed in Lagos and around the country called for the need by Nigerians to adopt standard protocols for public protests whenever they wanted to express their grievances against the system.

“It is very important to set up protocols that will prevent hoodlums to hijack peaceful protest organized with good intentions. The moment the protest organizers don’t have leadership, the purpose and intent of the effort would be defeated. As we have seen in the case of EndSARS protest, no economy will be able to bear the loss that we have seen in Lagos,” the IGP said.

Adamu visited some of the assets torched in Lagos, including the vandalised palace of the Oba of Lagos.

In the IGP’s entourage are the Deputy Inspector General (DIG) in charge of Research and Planning, Leye Oyebade; his counterpart in Force Intelligence, Ibrahim Lamorde; Assistant Inspector-General (AIG) in charge of Force Operations, Hosea Karma; AIG Zone 2, Ahmed Ilyasu; Commissioner of Police, Hakeem Odumosu; among others.