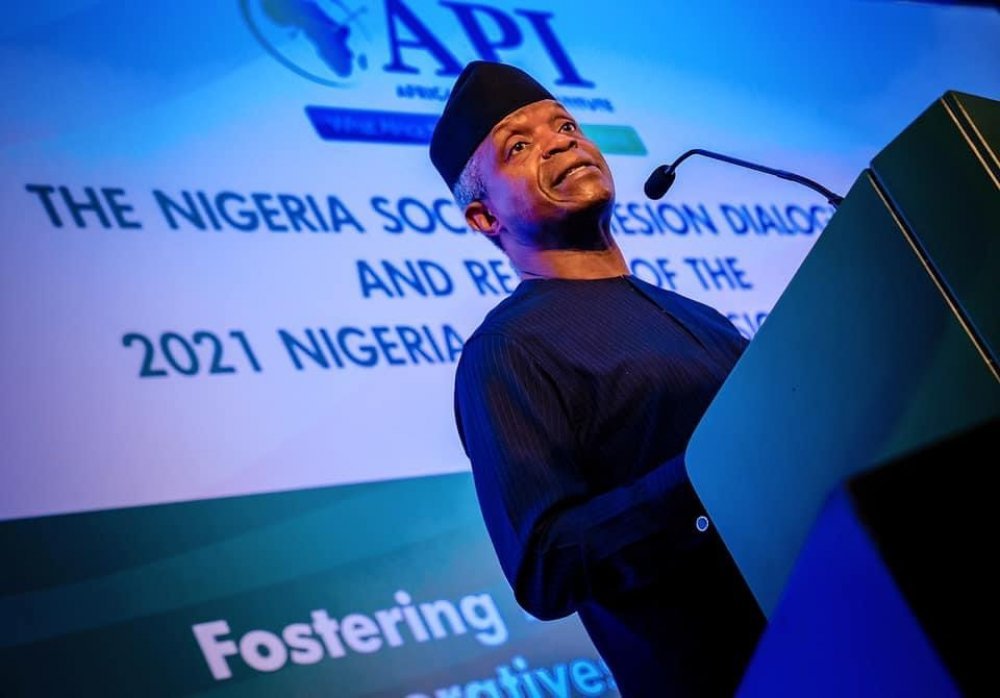 The Federal Government has again kicked against calls for secession by separatists in some parts of the country,  warning that such would be the surest way to extinction of Nigeria.

This is amidst strong agitations steered by Nnamdi Kanu, who is championing a Biafra nation cause, and Sunday Igboho, who is leading calls for a sovereign Yoruba nation.

Vice President Yemi Osinbajo who said Nigeria splitting will not amount to development, gave the warning on Thursday in Abuja in a keynote address at the 2020 Leadership Conference and Awards organised by the Leadership Newspaper Group.

The theme of the conference is, “National and Regional Security: Role of Political and non-Political Actors in Stabilization and Consensus Building.”

Speaking at the event, Osinbajo said: “Often when we explore the concept of national and regional security, there is a tendency to situate the discourse around the machinations of externally generated vulnerabilities and external adversaries. So, we argue often that the problem is state fragility in Africa is on account of the colonial origins of her nation states. The notion for example that Nigeria is a hastily and arbitrarily cobbler together, patchwork of mutually alienated kingdoms and as a result it has remained plagues by fundamental challenges rooted in its founding.

“Now, this is a popular view but of course it is not the whole true. Indeed, it is my view that the colonial beginnings of African nation states do not constitute inimitable obstacle to nation building that it is often thought to be. After all, colonialism itself was a historic global phenomenon across states from Africa to Asia to Europe and America.

“The chief weakness that we have is a human one. Our political, economic and religious elites, who have so far proved to be socially irresponsible, have so far been unable to build institutions.