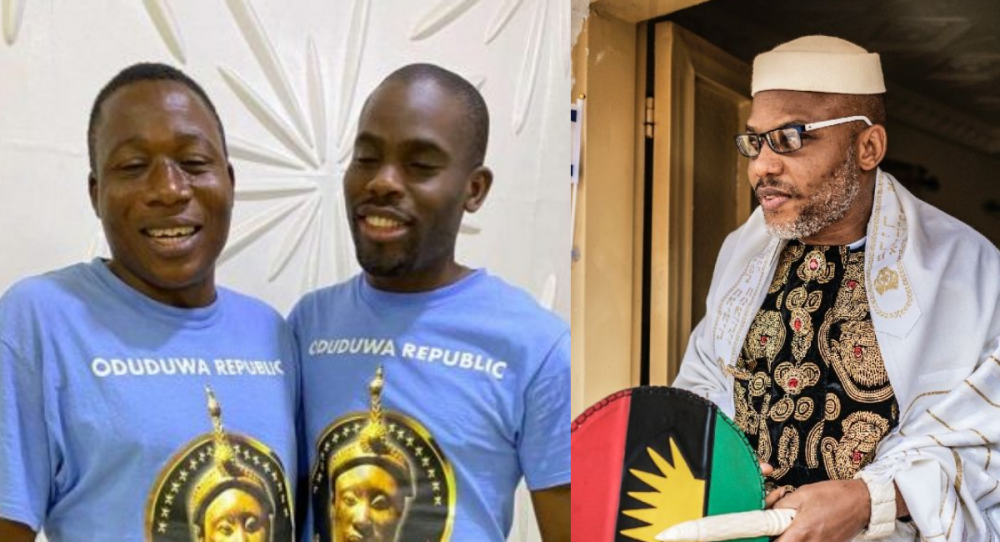 Koiki, during an interview with SaharaReporters, said the Yoruba and Igbo are brothers but colonialists from Britain cast the aspersion of hatred between the two ethnic nationalities.

Sunday Igboho's aide noted that the 1914 amalgamation was responsible for the notion of enmity between the Igbos, Yorubas and Hausas.

Koiki said Yoruba Nation agitators have always enjoyed the support of their Igbo brothers while reiterating Igboho's stance that any attack on Igbo people is an attack on Yoruba people.

He said, “Yes, we are looking in that direction. The 1914 amalgamation brought enmity amongst us in the first place. The Igbos never had any reason to hate the Yorubas and we also had no reason to fight them because we all had our nations before the British came in the 1900s, we were all independent and living well not until the 1914 amalgamation when Britain decided we must come together for whatever aim they wanted to achieve.

“That's why we are calling for self-determination. Let everyone manage their resources so that there won't be an unnecessary struggle among us. We are very much likely to collaborate with the Biafran agitators so we can achieve this. I know many people refer to the distrust and all but there are some people who do not even trust their own biological brothers or sisters so what are we saying?

”We have always enjoyed their support and they also, have enjoyed ours and that's why we keep saying that any attack on the Igbos is an attack on the Yorubas and we won't take it lightly.

“We are not requesting for too much. We have not asked for what's not ours, so why is the government holding on. All we are saying is, give us the right to self-determination of our land, our resources so if liaising with the Biafran agitators will help us achieve this, why not? We are actually looking towards that.”

Meanwhile, Sunday Igboho had earlier warned that any attack by the Nigerian Army on the South-East would be repelled.

He further stated that if there are further attacks on the people of the South-East, Yoruba Nation Now agitators will mobilise and support them. It was, however, not stated the kind of support that would be given.