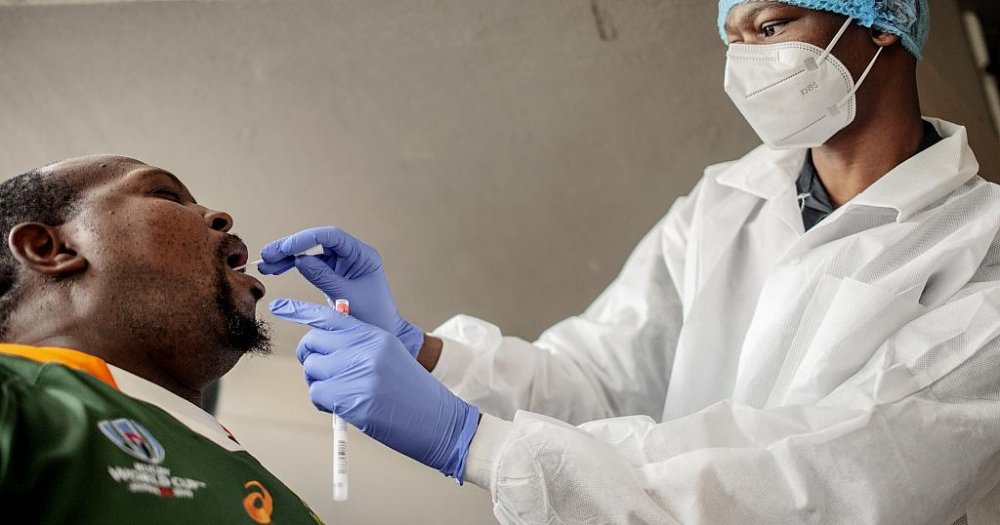 South African President, Cyril Ramaphosa on Monday banned alcohol sales and made face masks mandatory in public from Tuesday after his nation became the first in Africa to record one million cases.

AllNews understands that the World Health Organization (WHO) has warned nations of the world that pandemics far more deadly than COVID-19 may lie ahead.

However, the nations around the world are struggling with winter spikes in infections that have pushed the global caseload close to 81 million, even as the rollout of vaccines gathers pace in North America and Europe.

President Ramaphosa made the announcement in a statement on Monday following the second wave of coronavirus pandemic across the world.

He said “We have let down our guard, and unfortunately we are now paying the price, blaming “super-spreader” social events and an “extreme lack of vigilance over the holiday period” for the spike.

He added that data showed “excessive alcohol consumption” leads to an increase in trauma cases reported at hospitals, causing an “unnecessary” strain on public health facilities.

Surging cases also forced authorities in Rio de Janeiro one of Brazil’s worst-hit cities to announce Monday that they will block access to beaches on December 31 to prevent crowds celebrating New Year’s Eve.

And in Spain, where the death toll has topped 50,000, the health minister said the government would set up a registry of people who refuse to be vaccinated and share it with other European Union (EU) member states.

Vaccinations in Spain and other EU countries started over the weekend, and authorities fear vaccine hesitancy and rejection could hamper those efforts especially because of misinformation campaigns on social media.

That was not a concern with 75-year-old Jacques Collineau, resident of an old people’s home in Joue-Les-Tours, France.

“Fear? Fear of what? I’ve been vaccinated for the flu before, now it’s the same thing,” Collineau said as he got the shot on Monday. “We don’t make vaccines to kill people, we make vaccines to try to save them.”‘This is not the big one’

The coronavirus has devastated lives and economies across the globe, but the WHO warned Monday that worse pandemics could like ahead, urging the world to get serious about preparedness.

“This is a wake-up call,” WHO emergencies chief Michael Ryan told reporters at a briefing marking a year since the UN agency first learned of the new virus spreading in China.

“This pandemic has spread around the world extremely quickly and it has affected every corner of this planet, but this is not necessarily the big one,” Ryan added. “We need to get ready for something that may even be more severe in the future.”