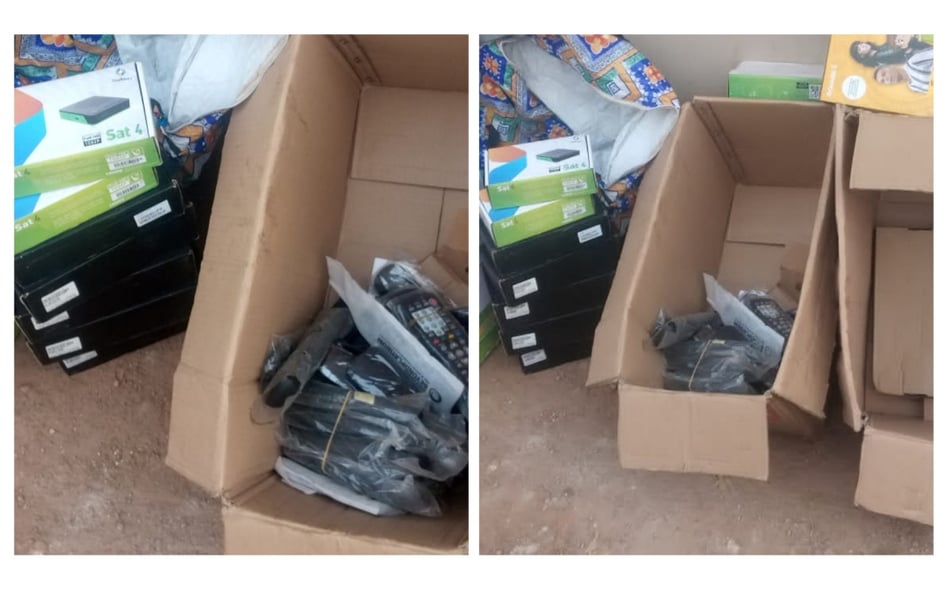 This was made known in a press release issued by the So-Safe Corps spokesperson, Moruf Yusuf on Tuesday.

According to the statement, the Coker-Ibogun Area Command Officers of the Corps headed by ACC Sanni David while on routine patrol along Lagos-Abeokuta Expressway in Ilepa Axis in Ifo local government area sighted men suspected to be criminals carrying items and were stopped at about 0300hrs on Sunday December 4, 2022.

He further disclosed that the men stopped during the patrol were suspected to be members of a robbery syndicate.

"On seeing the men of the So-Safe, they took to their heels and left the items suspected to be stolen.

"All effort to get them apprehended proved abortive.

"Having satisfied with the owner's claim with the list of of items stolen tallied with the items recovered, the recovered items had been handed over to owner as he approached the agency to report burgling of his shop."