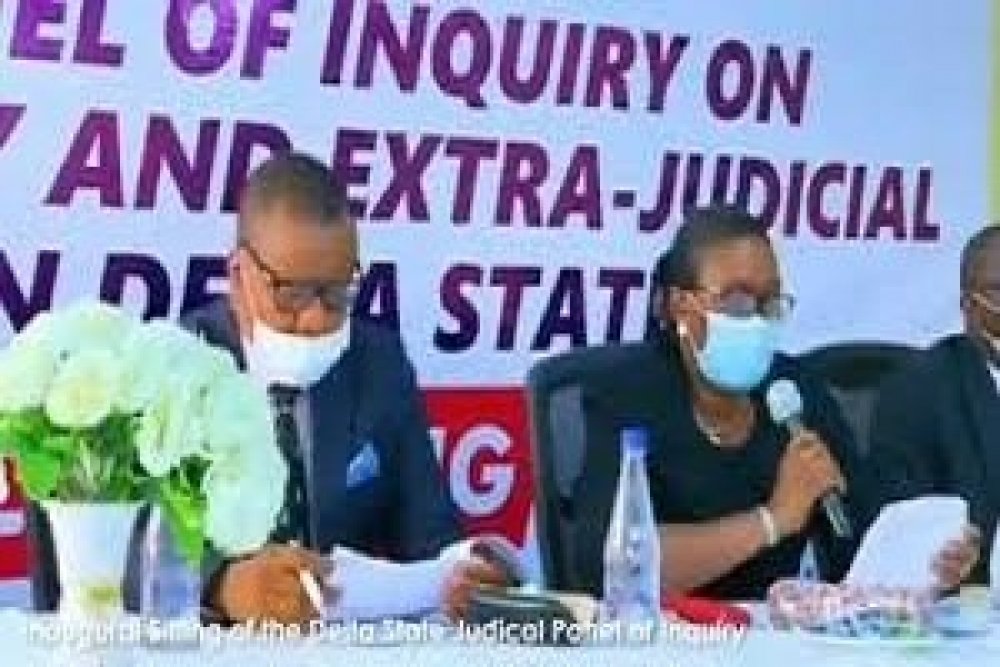 The Delta State Judicial Panel of Inquiry on Police Brutality and Extra-Judicial Killings has heard how the police murdered a suspected kidnapper, Anthony Ogbalor, also known as Dracula.

Wilson Ogbalor, a brother of the deceased, petitioned the panel, alleging that the police tortured and killed his brother after he was arrested without trial.

Admitted in evidence was a video of late Anthony Ogbalor which was tendered by the Police to the panel, alleging the confession of the deceased to the crime.

The video clip was admitted and marked exhibit DW3 in Asaba during the sitting of the panel, presided over by the chairman, Justice Christiana Ogisi (rtd).

Police Counsel, F.N. Oduna tendered the video clip after it was played during his witness’ examination of CPS Anietie Eyoh, an officer serving currently in Nassarawa State Police Command.

Under cross-examination, the witness said he was the Divisional Police Officer (DPO) in Warri, Delta State, when they suspected the deceased and arrested his gang in December, 2017.

CSP Eyoh said he led the team that arrested the suspect at Otor-Iyede in Isoko area of Delta State after he and his gang members allegedly kidnapped a woman in Warri and collected a ransom of N3.2 million from her.

He added that the suspect fell down from the ceiling while attempting to evade arrest, and sustained injury.

He added that the suspect was taken to the station and his statement was obtained. It was during this period that his confession video was recorded.

The witness also said that the suspect was subsequently treated before transferring his case to command headquarters in Asaba for further investigation.

Eyoh disclosed that he was later told that the suspect collapsed in a Police cell in Asaba and was rushed to the Federal Medical Centre (FMC) where he died due to injuries.

He added that the deceased suspect failed to tell the interrogators that he was diabetic.

Counsel to Petitioner, Bar. Izobo, contended that the deceased did not die at FMC, noting that his corpse was only referred to the morgue at FMC.

He added that the deceased suspect was taken to the Police Clinic after collapsing in the cell. He said that it was at the Police clinic that he died and his corpse was referred to FMC morgue.

In his argument, the witness held on to the suspect for six days without treatment before transferring him to Asaba.

Izobo contended that the statement of the suspect was obtained in Asaba on December 28, 2017, even though he was arrested on December, 20.

The matter was adjourned to March 1, 2021, by Justice Christiana Ogisi (rtd).