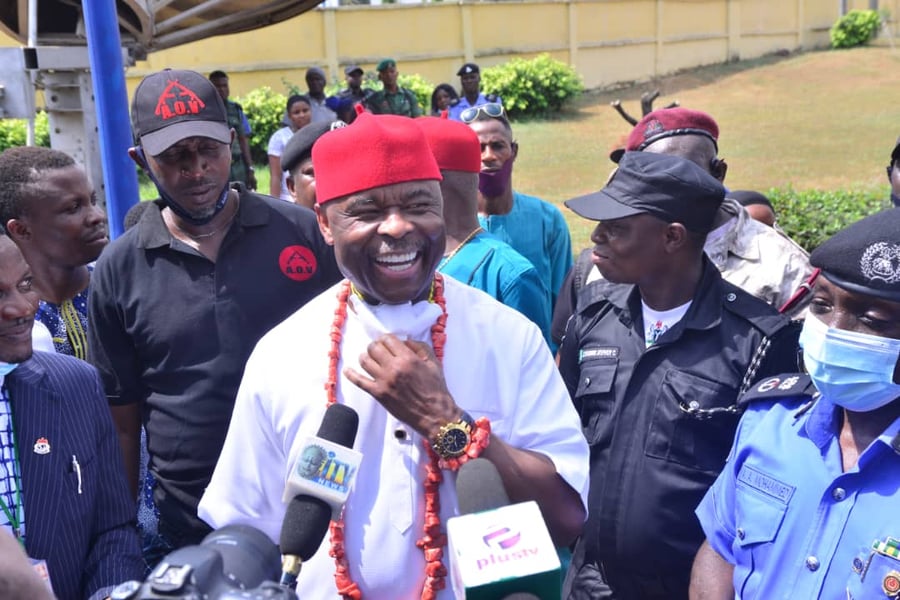 Jude Ndudi Ozah the Isagba of Ogwashi-Uku, a philanthropist and High Chief from Ngozi Okonjo-Iweala's hometown, has donated 10 Hilux and other assorted vehicles to the Delta State Police Command on Wednesday, December 15.

For the presentation of the vehicles, Jude Ndudi Ozah was accompanied by the Obi of Ogwashi-Uku, His Royal Majesty Obi Ifechukwude Aninshi Okonjo II. 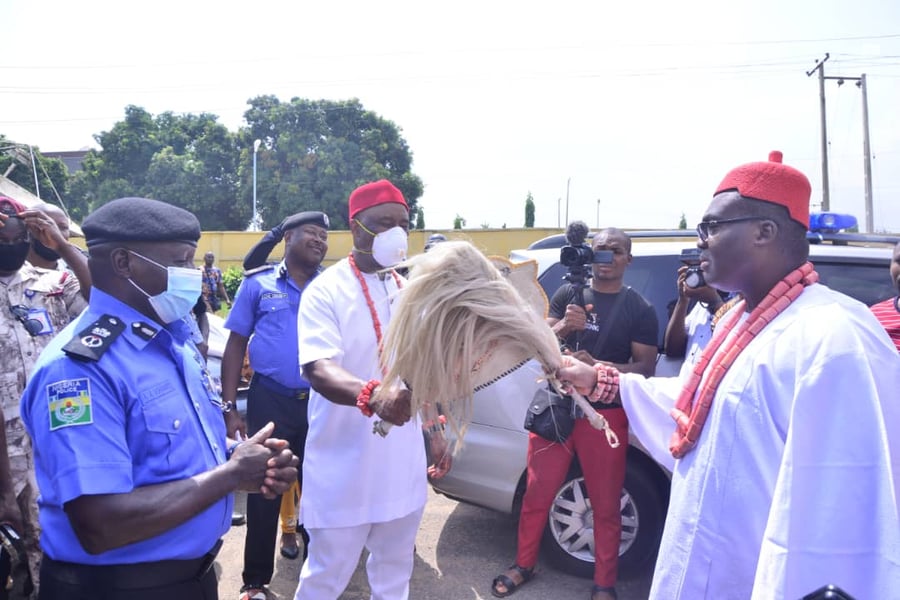 Receiving the vehicles on behalf of the state command, the Delta State Commissioner of Police (CP) Mohammed Ali lauded the contribution of Chief Ozah.

The very elated CP Delta and his entire management team thanked the Obi of Ogwashi-Uku and Chief Ndudi Ozah for a timely and wonderful contribution to policing in the state.

"Chief Ozah may not be the richest man in Delta State but his call to duty and responsiveness to the needs of the police is simply wonderful," the CP said.

According to the CP, the vehicle will be used to effectively combat crime in the state and ensure that the police can extend their reach even more.

Ali added that after the EndSARS protest, he assumed the police will be treated as orphans but to his greatest delight, people like Chief Ndudi Ozah have responded with strong support for the police.

Obi of Ogwashi-Uku Kingdom thanked the Inspector General and Commissioner of Police in Delta for the increased police visibility which is evidenced by the reduced crime rates within the state. He also commended the efforts of the CP and his management team for their contributions in ensuring that criminals do not have any hiding place within the state.

The Monarch thanked Chief Ozah for his donation and informed the very large crowd at the State Police Headquarters that Chief Ozah was a pillar in the Ogwashi-Uku Kingdom. He explained how Chief Ozah was taking care of the sick, needy, and the old in Ogwashi-Uku.

He also talked about other accomplishments of Chief Ozah such as the roads he did in the Kingdom, boreholes within Ogwashi-Uku, equipment for the community vigilante groups, palliatives for widows and underprivileged in the community. The Obi said that Chief Ozah had keyed into his development agenda which was anchored on turning his people from passive recipients of dispensed benefits to becoming agents of change.

After the presentation at the State Headquarters, the crowd moved to the office of the Chairman of the Aniocha South Local government where some of the vehicles were presented to the Area Commander and Divisional Police Officers.

The Ogwashi-Uku vigilante were also not left out as they received three (3) fully equipped Toyota Sienna vans for community vigilante services.

The Chairman of the Aniocha South Local Government , Pastor Jude Chukwunweike thanked Chief Ozah again and prayed for him. 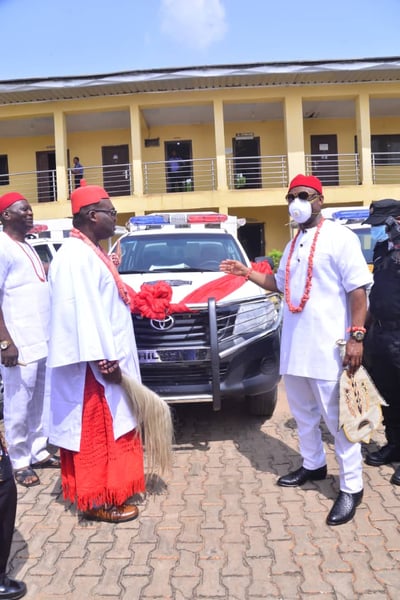 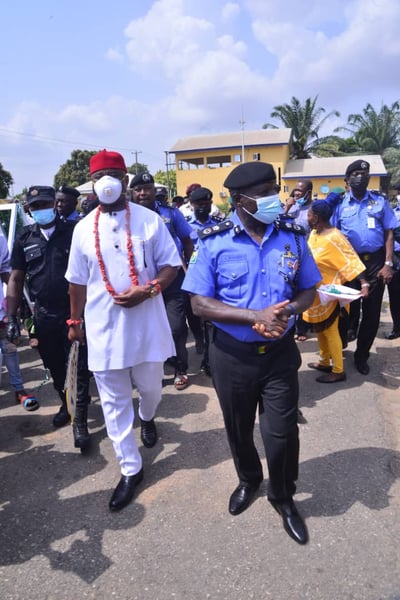 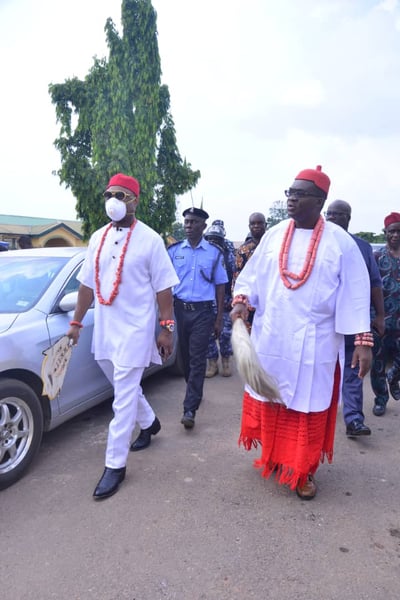 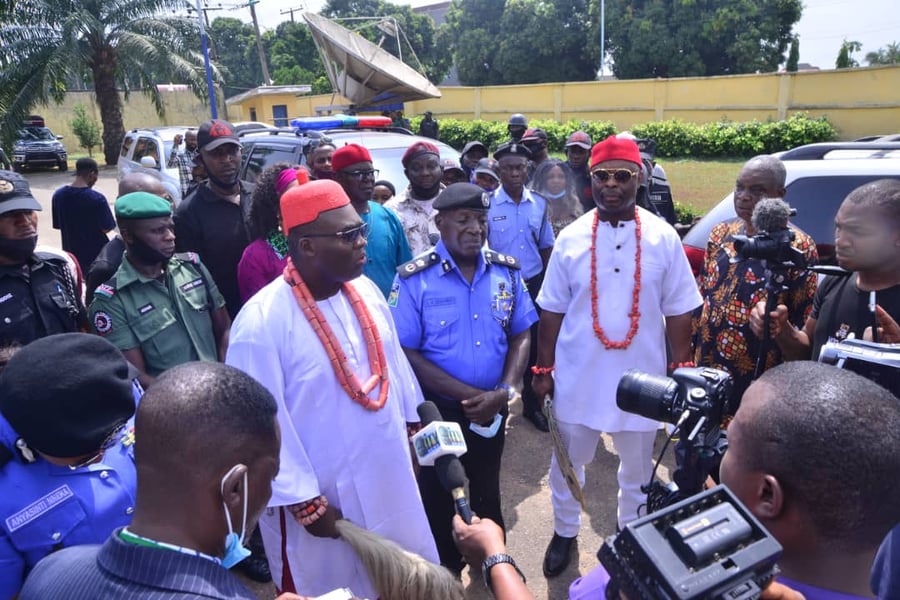