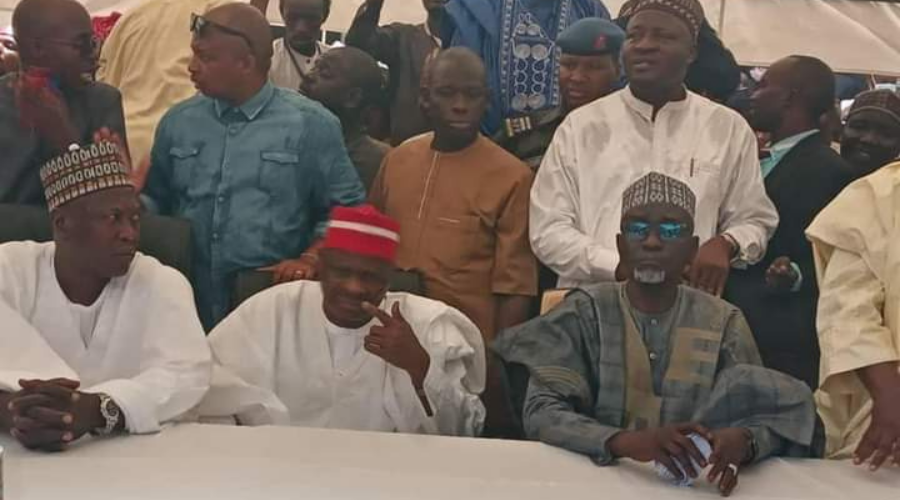 Sen. Rabi'u Musa Kwankwaso, Sen. Ibrahim Shekarau during today's defection of the latter to the NNPP

Speaking at an ongoing gathering at Shekarau's Mundubawa residence in Kano on Wednesday, the National NNPP leader, and also two-time Kano Governor, Rabi'u Musa Kwankwaso, said the coming together of the two leaders will be good for Kano.

Shortly after registering Ibrahim Shekarau as a bonafide member of the NNPP, Kwankwaso handed him the ticked to contest Kano Central Senatorial District.

Confirming this, the spokesperson of Shekarau, Sule Ya'u said the Senator would be recontesting the position he currently occupies.

Senator Shekarau has wanted to recontest his position on the platform of the APC.

Before, he, like other key APC members deserted the ruling party on Tuesday, Shekarau was said to have been having trouble being the sole candidate of the position, as Senator Bashir Lado also purchased the form to contest same position.

It was rumoured that Kano State Governor, Abdullahi Umar Ganduje ordered Lado to purchase the form given the differences between him and Shekarau.

Senator Lado has severally denied being asked to purchase the form, saying he is entitled to contest any position he wants within the party.

Shekarau's formal defection may have tilted the odds in favor of NNPP despite APC's last minute desperate struggle to retain him.