Senators Should Be Made To Account For Properties Abroad - Smart Adeyemi 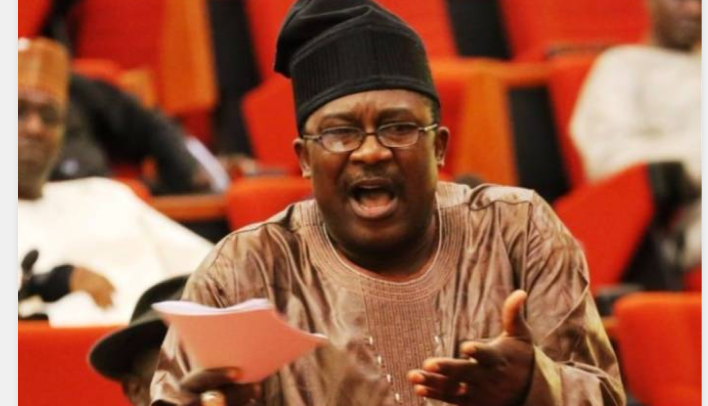 Smart Adeyemi, senator representing Kogi west, says serving legislators and all past public office holders should be made to account for property abroad.

Speaking on the floor of the Senate on Wednesday, Adeyemi said they should explain to Nigerians how they were able to acquire those properties.

The senator made the comments while contributing to a debate on a bill seeking to repeal and reenact the money laundering (prevention and prohibition) bills.

The Kogi senator said the bills are necessary because they will drive the federal government’s fight against corruption.

“This bill is furtherance of this government’s drive to fight corruption. There is no doubt that billions have been siphoned abroad by those who have held public office,” Adeyemi said.

“This bill must take into cognisance public officers and their families. They should tell us how they got those properties. We should know who has acquired properties in the name of their families.

“Nigeria is bleeding out. Anybody who has held public office in the past should be made to give account. Even those who are sitting here.”

“Money and terrorists have become bedfellows because of the advancement in technology.”

“The bill will protect those prosecuting the fight against money laundering. It will introduce certain provisions for law enforcement agencies to implement to combat money laundering,” Kwari said.

“The bill will positively impact the money laundering fight.”

On his part, Ali Ndume, senator representing Borno south, said the bills should be supported because there is a fundamental problem in the fight against money laundering and corruption as a whole.

“This law should be supported by the national assembly to nip money laundering in the bud. The EFCC and ICPC are yet to be effective because there is a fundamental problem in the fight against corruption,” Ndume said.

“Let’s shift the burden of proof to the accused. If we do not give teeth to this bill we are processing, this will be another waste of time.

“The root of all the problems in this country is corruption.”

The bills passed the second reading after they were put to voice votes by Senate President Ahmad Lawan.