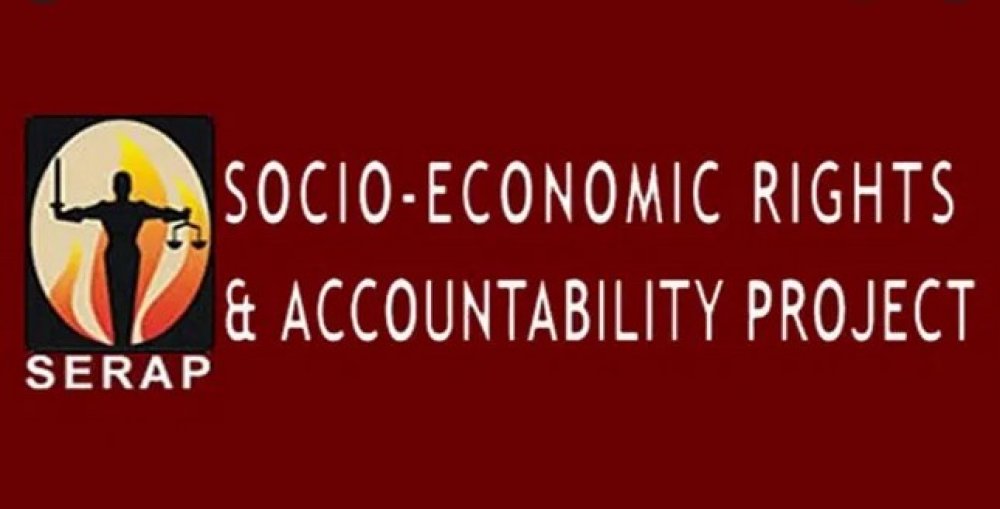 The Socio-Economic Rights and Accountability Project (SERAP) has written to the President of the Senate, Ahmed Lawan, and the Speaker of the House of Representatives, Femi Gbajabiamila to probe a missing N4.1 billion budgeted for the National Assembly.

SERAP asked both leaders of the House of Assembly to “use their good offices to urgently probe and refer to appropriate anti-corruption agencies, fresh allegations that N4.1 billion of public money budgeted for the National Assembly is missing, misappropriated, diverted or stolen, as documented in the 2016 audited report by the Office of the Auditor-General of the Federation.”

SERAP said: “These allegations are not part of the disclosure by the Auditor-General in other audited reports that N4.4 billion of National Assembly money is missing, misappropriated, diverted or stolen.”

In the letter dated 15 May 2021 and signed by SERAP deputy director Kolawole Oluwadare, the organization said: “As part of its legislative and oversight functions, the National Assembly has a key role to play in the fight against corruption in the country. But little can be achieved by the legislative body in the anti-corruption fight if the leadership and members do not first confront the specter of alleged corruption and mismanagement within their ranks.”

SERAP is also urged Lawan and Mr. Gbajabiamila: “to identify the lawmakers and staff members suspected to be involved, and hand them over to appropriate anti-corruption agencies to face prosecution, if there is sufficient admissible evidence, and to ensure full recovery of any missing public funds.”

The letter, read in part: “Ensuring the effective investigation of these fresh allegations, and full recovery of any missing public funds would strengthen the country’s accountability framework, and show that the National Assembly can discharge its constitutional responsibility of amplifying the voices of Nigerians. It will also show that the body is acting in the best interest of the people.”

“SERAP is concerned that allegations of corruption continue to undermine economic development, violate social justice, and destroy trust in economic, social, and political institutions. Nigerians bear the heavy economic and social costs of corruption. The National Assembly, therefore, has a responsibility to curb it.”

“The National Assembly reportedly spent N625,000,000.00 through its Constitution Review Committee between March and June 2016 but without any document. The Auditor-General wants the Clerk to the National Assembly to ‘recover the amount from the Committee and furnish evidence of recovery for verification.’”

“The National Assembly also reportedly spent N66,713,355.08 as ‘personnel cost’ but ‘the payees in the Cashbook did not correspond with those in the Bank Statement’. The Auditor-General wants ‘the irregular expenditure recovered from the officer who approved the payments.’”

“The National Assembly also reportedly paid N126,264,320.00 as cash advances to 11 staff members between March and December 2016 to procure goods and services but failed to remit the money.”

“The Senate reportedly paid N747,286,680.00 as personal advances to staff members between February and December 2016 for various procurements and services but failed to retire the money. The Senate also deducted N118,625,057.48 as Withholding and Value Added Taxes but failed to show any evidence of remittance to the Federal Inland Revenue Service.”

“The House of Representatives reportedly deducted N821,564,296.48 from staff salaries but failed to remit the money to tax authorities. The House also paid N254,059,513.70 as advances to staff members to procure goods and services between January and December 2016 but failed to retire the money.”

“The Institute also reportedly paid N10,927,768.80 to 7 members of staff who were redeployed from the National Assembly to provide specialized services but without details about the staff paid, and without any justification.”

“The National Assembly Service Commission reportedly approved N109,995,400.00 to train some officers in Dubai, United Arab Emirates but spent N127,629,600.00 as Estacode Allowances to participants, and fees for two consultants engaged for the training. The Commission also spent N9,975,000.00 as course fees for 34 officers but it also paid a consultant N4,987,500.00 for the same course fees.”

“The Legislative Aides Section earned N12,274,587.77 as interests on Bank accounts in a commercial bank between January and December 2016 but failed to remit the money to the Consolidated Revenue Fund.”

“We would be grateful if you would indicate the measures being taken to address the allegations and to implement the proposed recommendations, within 14 days of the receipt and/or publication of this letter.”

“If we have not heard from you by then as to the steps being taken in this direction, SERAP shall take all appropriate legal actions to compel the leadership of the National Assembly to implement these recommendations in the public interest, and to promote transparency and accountability in the National Assembly.”

“The National Assembly can only effectively perform its anti-corruption role if it can demonstrate exemplary leadership to probe the allegations of corruption and mismanagement involving the legislative body.”

“SERAP notes that the Auditor-General in 2015, 2017, and 2018 reports documented that N4.4 billion of public money budgeted for the National Assembly is missing, misappropriated, diverted or stolen.”

“Addressing the allegations would improve public confidence and trust in the ability of the National Assembly to exercise its constitutional and oversight responsibilities, and to adhere to the highest standards of integrity.”