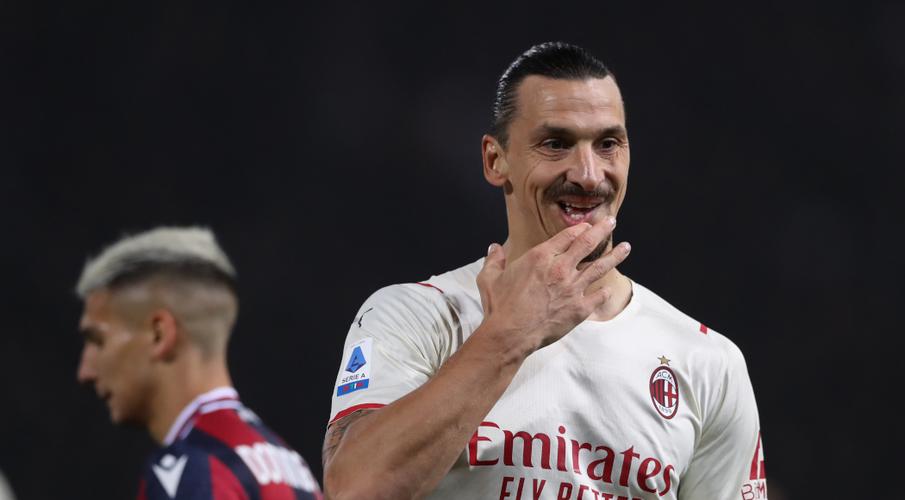 AC Milan moved top of Serie A on Saturday after winning 4-2 at nine-man Bologna after having thrown away a two-goal half-time lead with the hosts already down to 10.

Ismael Bennacer put Milan ahead for the second time six minutes from the end before Zlatan Ibrahimovic sealed a hard-fought win against a Bologna team which had Adama Soumaoro and Roberto Soriano both sent off in the first hour.

Stefano Pioli's unbeaten Milan are a point ahead of Napoli who travel to Roma on Sunday hoping to maintain their 100 per cent record so far this season, but was not be happy with their display.

It comes after a painful Champions League defeat to Porto midweek and with a raft of first-choice players out injured or with Covid-19.

"We thought we had won the game because we were two ahead and had a man extra, but if you stop playing you take a risk," Pioli told Sky Sport Italia.

"It's a big win. We know that when you have European commitments and you play someone who has had all week to prepare it's going to be a difficult match."

Sinisa Mihajlovic's Bologna meanwhile are ninth on 12 points after a defeat which will frustrate their Serb coach after they battled back to level shortly after the break.

"With nine men, 10 men and even with 11 we were better than Milan today, they created little. It wasn't easy but we showed today that we're a good team," said Mihajlovic.

"We lost the points but we've won when it comes to play, spirit, courage and all the things that make a good team."