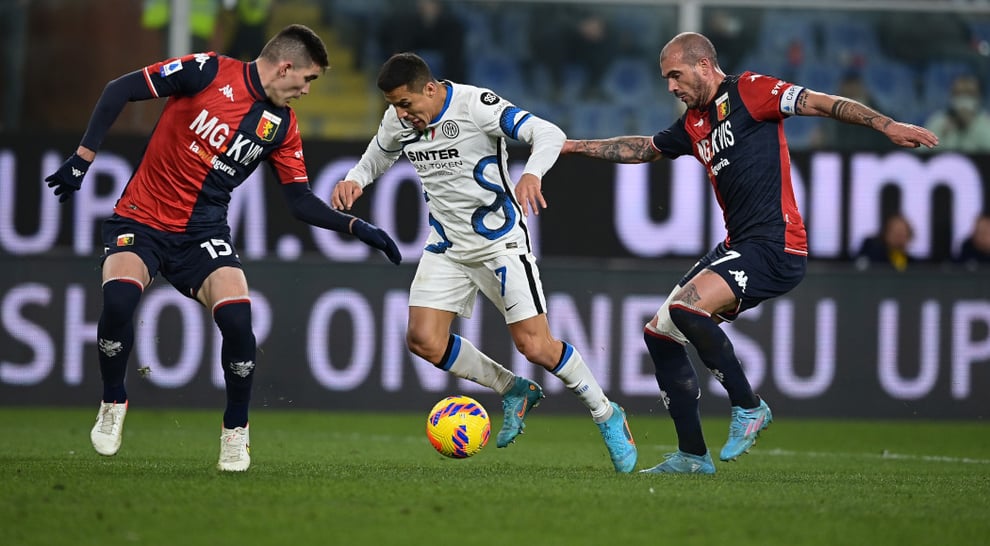 Italian champions Inter Milan failed to capitalise on AC Milan's home draw against Udinese on Friday with a goalless draw at Genoa which allowed their local rivals to stay top of Serie A.

Champions Inter would have moved level on 57 points with Milan had they won at relegation strugglers Genoa but could not make the most of long spells of dominance at the Stadio Luigi Ferraris and stay two points off the lead.

Napoli can now reclaim the summit on goal difference with a win at Champions League-chasing Lazio on Sunday night before they host Milan next weekend.

Champions Inter have a game in hand on the two contenders to their title but have failed to win in their last four league matches in a mini-slump which has also seen them all-but eliminated from the Champions League by Liverpool.

The Milan giants will face off in the first leg of their Italian Cup semifinal on Tuesday while Napoli will have a whole week to prepare for another huge match after falling to a sobering Europa League defeat by Barcelona.

Inter had enough chances to take the points on Friday but again couldn't find the finishing touch -- a common thread in a worrying run of form for Simone Inzaghi's side -- against a spirited Genoa team backed by a passionate home following.

They came closest when Danilo D'Ambrosio headed Hakan Calhanoglu's 62nd-minute corner off the bar, one of a host of opportunities on a breathless night in which Calhanoglu and Edin Dzeko, among others, missed some great chances to win the game.

Leo Ostigard was immense at the back for Genoa, who stay in the bottom three on 17 points after their fifth straight draw, four away from Venezia who sit just outside the relegation zone.

Udinese Calcio, commonly referred to as Udinese, is an Italian football club based in Udine, Friuli-Venezia Giulia, which currently pla...