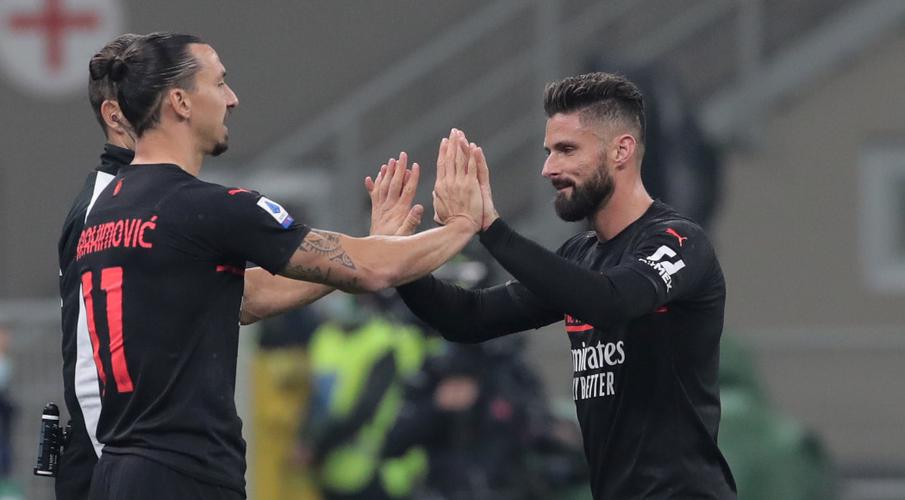 Olivier Giroud scored the only goal in AC Milan's 1-0 win over Torino on Tuesday to move his side to the summit of Serie A despite an underwhelming performance at the San Siro.

France forward Giroud tapped home his fourth league goal since arriving from Chelsea in the summer in the 14th minute of a largely dreary contest to move Milan three points clear in the first place.

Napoli can however reclaim top spot on Thursday with a home win over Bologna.

"I'm very happy, we did well early in the match and afterwards Torino didn't create lots of chances," said Giroud in faltering Italian to DAZN before switching to English.

"We have the three points which is the most important thing. We play every three days and it's very difficult for the body, so everything was not perfect but we are very pleased with the win tonight."

It was a sixth straight Serie A win for Stefano Pioli's side on the day Milan announced they had halved their losses to 96.4 million euros ($111.8 million).

However with a long injury list slowly being reduced it was a far from the vintage performance against a Torino team who played their part and could have earned at least a point with some sharper finishing.

Andrea Belotti was substituted in the 54th minute, seconds after the Italy striker scuffed a presentable opportunity after being well set up by Karol Linetty.

And Praet left the home fans with their hearts in their mouths 11 minutes later when his shot took a massive deflection off Fikayo Tomori and clipped the top of the crossbar.

Torino pushed for a leveller but Milan held for the win with some frantic defending.