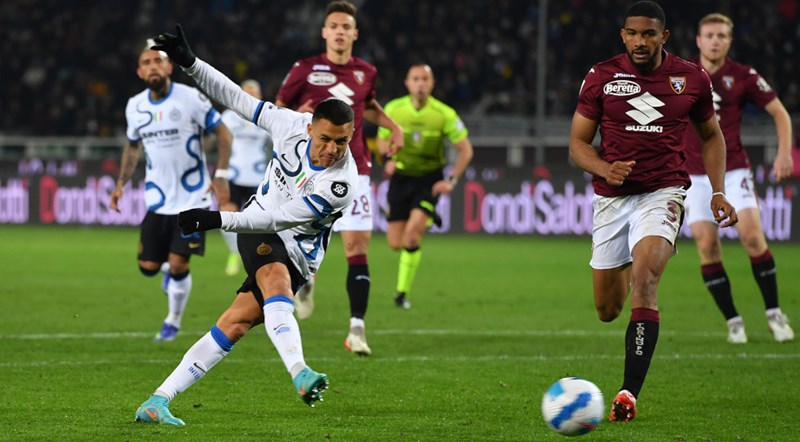 Inter Milan managed to avoid defeat but gifted local rivals AC Milan an advantage in the Serie A title race on Sunday with a last-gasp 1-1 draw at Torino.

Alexis Sanchez hit the leveller in the third minute of the stoppage time of an entertaining encounter in Turin which left Inter in third, four points behind Milan.

Simone Inzaghi's side have a game in hand, but they are now looking over their shoulders at Juventus, who are only three points behind their old rivals in fourth after stringing together a 14-match unbeaten run.

That would have been unthinkable at the turn of the year when Inter were four points clear at the top and 12 ahead of Juve.

Sanchez's equaliser was laid on by Edin Dzeko, who was Inter's worst culprit in front of goal after heading just wide on the hour and then nodding over from point-blank range moments before his Chilean teammate did the honours.

However, Inter could easily have lost after a deeply disappointing display.

Seconds before Robin Gosens had saved his goalkeeper with a desperate lunge to stop Josip Brekala from scoring what would have been a superb individual goal after the Croatian international weaved his wave into the box.

They were also saved by the officials when Andrea Ranocchia was ruled to have not fouled Andrea Belotti in the area nine minutes before the break.