Serie A: Inter March Past Salernitana In Sight Of Winter Champion Title 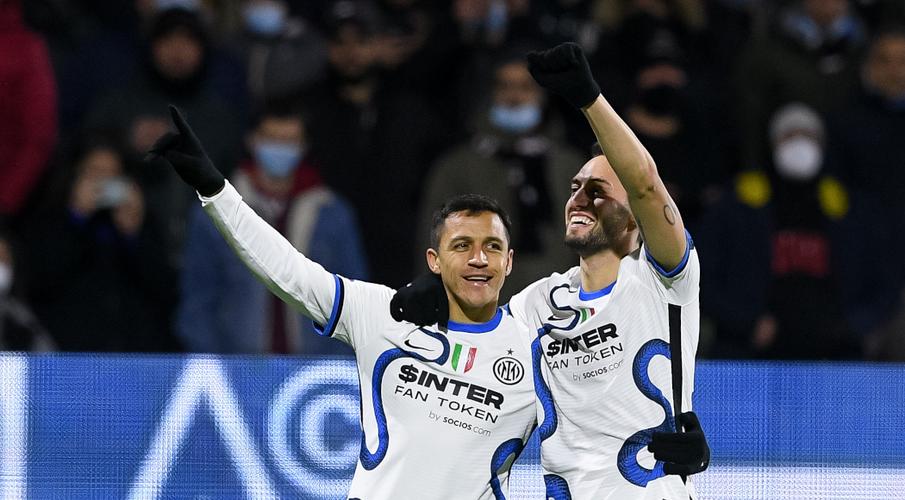 Leaders Inter Milan thrashed last-place Salernitana 5-0 on Friday to close in on the honorary title of Serie A 'winter champion'.

Ivan Perisic headed the champions ahead after 11 minutes in Salerno, while Denzel Dumfries crashed a powerful shot in off the underside of the bar in the 33rd minute to give them a handy cushion at the break.

In the second half, Alexis Sanchez finished off an impressive Inter move after 52 minutes, Lautaro Martinez scored an opportunist goal in the 77th minute and Roberto Gagliardini rounded out the scoring three minutes from time.

It was Inter's sixth straight victory in the league and fifth straight clean sheet.

Inter, who have one match to play before the halfway point of the season, moved four points ahead of second-placed AC Milan, who on Sunday host fourth-place Napoli, and six ahead of third-placed Atalanta, who host Roma.

Salernitana, with Franck Ribery in fine form, had chances.

They could have equalised had it not been for a good save from Samir Handanovic from Joel Obi after 30 minutes.

But in the end they could not stop Inter setting a club record for goals in a calendar year: 103 before they face Torino in their last game of 2021.

In Friday's other game, Lazio beat Genoa 3-1 at home to climb above Empoli into eighth, level on points with Juventus who face Bologna on Saturday.