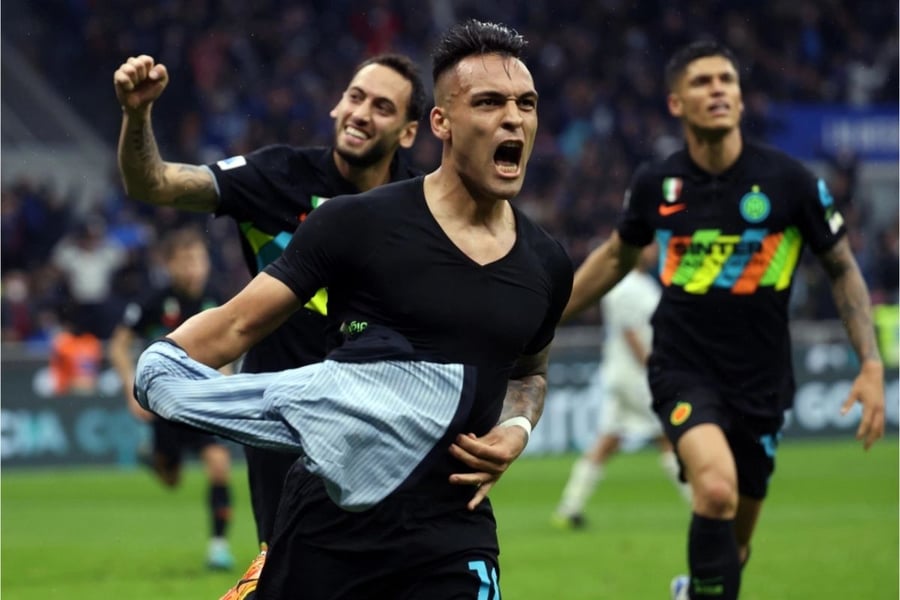 'Comeback' Friday in Serie A as Inter Milan came from two goals down Friday to beat Empoli and later Juventus conceded two late goals to lose at Genoa.

In Milan, Lautaro Martinez scored a brace to help Inter pull a comeback to beat Empoli 4-2 and jump to the top of Serie A.

In the later game, Juventus dominated relegation-haunted Genoa only to concede an 87th-minute equaliser and a 96th-minute penalty, converted by Domenico Criscito, who had missed a late derby penalty a week earlier.

Inter moved one point ahead of rivals AC Milan and have a superior goal difference but have played a game more.

Juventus started the evening mathematically still in the title race. They ended it still in fourth, a point behind Napoli, and nine points behind Inter with two games left.

AC Milan will go back on top if they win at Verona on Sunday.

At the San Siro, Empoli, who are in 14th, dominated the first half-hour with Andrea Pinamonti, who is on loan from Inter, putting the visitors ahead after just five minutes.

Inter were level by halftime with Empoli captain Simone Romagnoli putting through his own net five minutes before the break and Martinez grabbing his first just before the whistle.

The Argentine was on target again in the 64th minute with his 19th goal of the season before former Arsenal striker Alexis Sanchez added a fourth in the dying seconds.

Genoa remained 19th and second from bottom, but closed to a point behind resurgent Salernitana in 17th.

Juventus dominated but only led by one goal, a beautiful strike by Paulo Dybala, in the 48th minute.

With the Italian Cup Final looming next week, Juventus made changes.

Vlahovic and Dybala were among stars watching from the bench by the time Albert Gudmundsson scored an 87th minute equaliser.

Genoa captain Criscito had been given a similar chance in the Genoa derby the week before but squandered a 96th minute penalty against Sampdoria that would have given his team a draw.

But he didn't hesitate and this time scored to earn an unexpected three points.