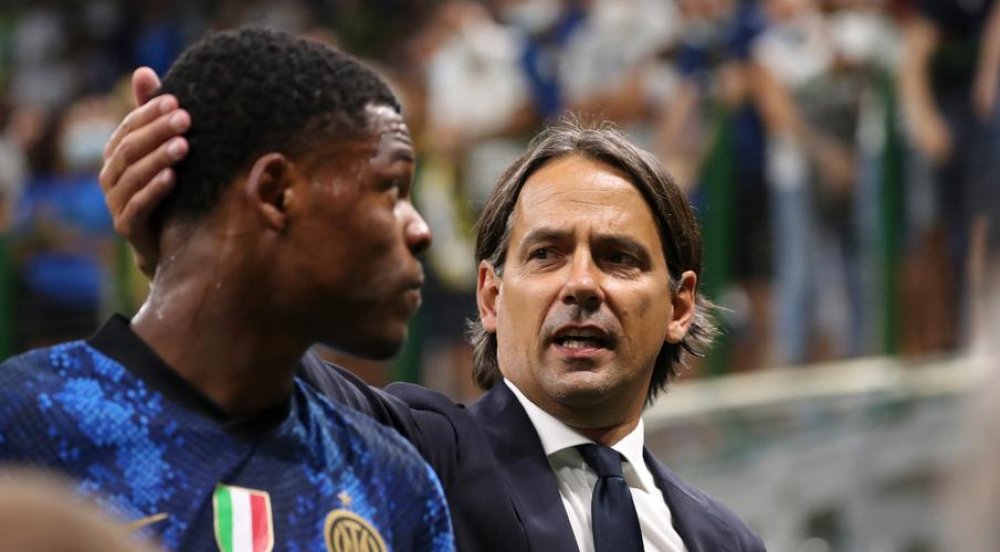 Inter Milan kicked off their Italian league title defence by cruising past Genoa 4-0 on Saturday in an encouraging display from the champions following a turbulent close season.

Simone Inzaghi's side were two goals ahead after 13 minutes thanks to Milan Skriniar and Hakan Calhanoglu, before second-half strikes from Arturo Vidal and Edin Dzeko completed the rout in front of just over 27 000 spectators at the San Siro as crowds return to stadiums in Italy.

"We worked hard towards today, we got off to a great start and we won," said the impressive Calhanoglu, who also provided the cross for Skriniar's goal.

"It's easy to play with teammates who have such quality, you know how they're going to move and today we played really well all together. We want to continue that way."

Grounds have been permitted to open to 50 per cent capacity by the Italian government and although Saturday's crowd was some way down on the near 38 000 places made available at the San Siro, the roars from the stands brought some joy back to the 'Nerazzurri' after a difficult summer.

Financial problems led to coach Antonio Conte's departure and the sale of star players Romelu Lukaku and Achraf Hakimi, but they played as though their troubles were behind them under new boss Inzaghi.

Skriniar opened the scoring five minutes into the new season with a thumping header from a corner by Calhanoglu, who doubled Inter's lead eight minutes later by drilling home a long-range strike after exchanging passes with fellow new signing Dzeko.

Bosnia forward Dzeko was excellent upfront and was denied a debut goal when his deflected shot clipped off the bar in the 24th minute as Inter dominated.

The hosts also had two goals ruled out offside either side of halftime, with Ivan Perisic and Calhanoglu -- who arrived from local rivals AC Milan to take the place of Christian Eriksen as he recovers from cardiac arrest at Euro 2020 -- both denied.

Vidal made sure of the points in the 74th minute when he swept home the third following smart work from Nicolo Barella to set up the Chilean after Dzeko's curling shot was well saved by Genoa stopper Salvatore Sirigu.

A gloriously warm evening in Milan was made even better for the home fans when Lukaku's replacement Dzeko rounded off the scoring by meeting Vidal's deep cross with a thumping header to score his first goal in Inter colours.

CEO Giuseppe Marotta told broadcaster DAZN before the match that Inter would nonetheless bring in another forward, but both he and Inzaghi remained coy over who the new signing would be.

However while DAZN's reporters in Milan tried to get a name out of Inzaghi after his first win as Inter coach, Lazio director Igli Tare revealed to Sky Sport Italia that Argentine Joaquin Correa wanted to head to Inter.

"We know Correa wants to leave Lazio, there is a chance he could go to Inter, but let's see what happens," Tare said.

Correa wasn't even on the Lazio bench for Maurizio Sarri's first league match in charge of the Roman club at Empoli, one of Saturday's late matches along with Atalanta's trip to Torino.

In the other early match, Sassuolo won an entertaining contest at 10-man Verona 3-2.