Serie A: Inter Stay On AC Milan's Trail With 2-1 Win At Udinese 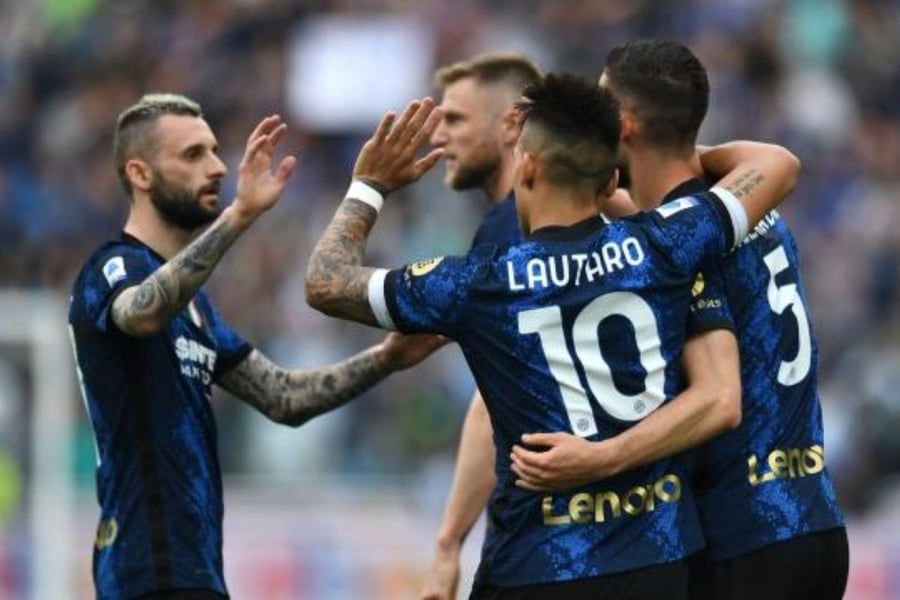 Inter Milan could still retain this season's Serie A title after winning 2-1 at Udinese on Sunday to stay two points behind league leaders AC Milan.

Ivan Perisic and Lautaro Martinez made sure that the champions bounced back from Wednesday's traumatic defeat at Bologna and stayed on the heels of Milan who earlier were fired to a 1-0 win over Fiorentina by Rafael Leao.

Milan need seven points from their final three games to snatch the Scudetto from their local rivals as they have the better of the two league derbies with Inter, meaning the seven-time European champions would stay ahead of Inter should they end up locked on the same points.

"No, no, we just need to do our jobs. Now we need to move on to the next match and win," said Martinez after being asked if Inter were feeling the pressure.

"We're all here for the same objective. We need to win our matches and hope that they drop points."

Sunday's match was the toughest left in Inter's run-in, while Milan have to play Verona and Atalanta in their bid to secure the crown.

And Simone Inzaghi's side dealt well with a tricky team who had rattled in 17 goals in their six games in April, taking the lead in the 12th minute through Perisic's header and doubling their advantage seven minutes before halftime.

After Martinez was denied, Edin Dzeko made the most of contact from Pablo Mari's lunging tackle and earned his team a penalty, which was smashed against the post by Martinez before the Argentine nodded in the rebound via a deflection off goalkeeper Marco Silvestre's arm.

Ignacio Pussetto pulled one back for the hosts after Gerard Deulofeu's free-kick was well saved by Samir Handanovic, but Inter held on to claim the points.

Udinese Calcio, commonly referred to as Udinese, is an Italian football club based in Udine, Friuli-Venezia Giulia, which currently pla...