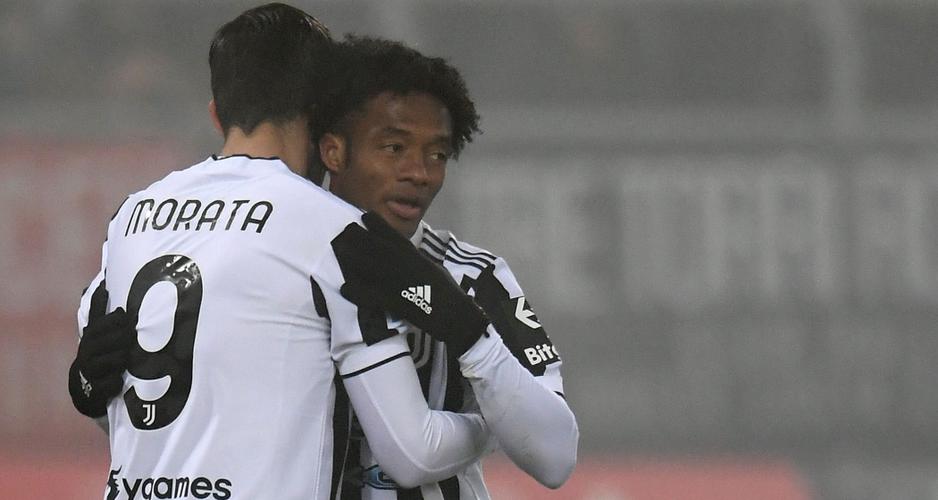 Alvaro Morata and Juan Cuadrado goals on either side of halftime gave Juventus a hard-fought 2-0 win at Bologna in thick fog on Saturday to lift the Turin club to sixth place in Serie A.

Morata fired home a first-time finish after six minutes to put the visitors in front, but they were second best for much of the match as Bologna dictated the tempo.

Sinisa Mihajlovic’s side couldn’t make their possession count, however, and Colombian defender Cuadrado punished them when his deflected strike flew into the top corner midway through the second half.

"As we always say, we must only focus on ourselves. When you play with the attitude we had tonight, you get results," Juventus defender Leonardo Bonucci told DAZN.

“We can’t afford to lose ground at the moment, and every win is important.”

Massimiliano Allegri’s side moved into sixth on 31 points, level with AS Roma and five behind fourth-placed Napoli, who face AC Milan on Sunday. Bologna remained 10th with 24 points.

Juve were under pressure to deliver three points after being held to a draw by relegation battlers Venezia last weekend, continuing a theme of dropping points against lower table sides this season.

Allegri spoke pre-match about his side’s need to be more clinical, and Spain striker Morata answered that plea when he latched onto a Federico Bernardeschi through ball and dispatched the opening goal early on.

But the hosts were soon on the front foot, coming closest when Mattias Svanberg’s acrobatic overhead kick flew narrowly wide and Nicolas Dominguez’s fierce shot was beaten away by Wojciech Szczesny.

Cuadrado came to Juve’s rescue when they were under pressure, launching a shot into the top corner from the edge of the area via a deflection off defender Aaron Hickey’s back.

The comfort of a two-goal cushion seemed to instil confidence in the Old Lady during the closing stages, as Bernardeschi had a good effort tipped wide and Cuadrado seemed destined to score before his shot was deflected off target by Andreas Skov Olsen.

Juve's win continued a remarkable streak for Allegri, as it stretched the coach's career unbeaten run against Bologna to 19 matches - the most of any manager against a single Serie A opponent in the era of three points for a win.