Serie A: Napoli 'Out For Vengeance On Poor Atalanta 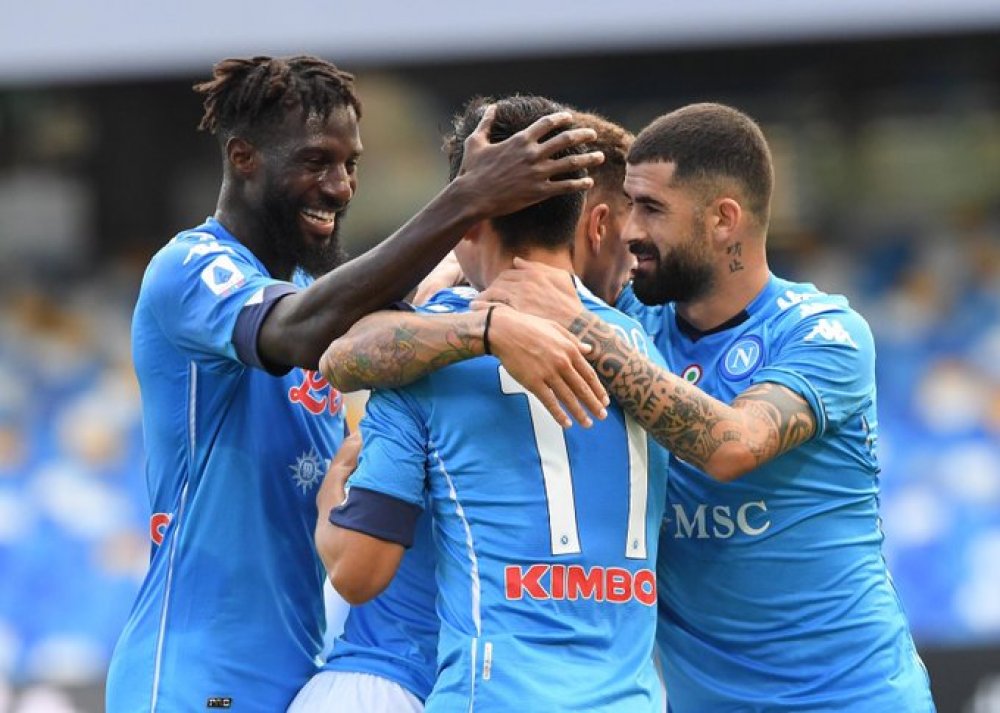 Napoli blasted four goals in a devastating 20-minute first-half spell as they thumped Atalanta 4-1 in Serie A on Saturday, following their 3-0 default loss to Juventus and 1 point docked.

AllNews understands that Napoli may have vent the anger of the Serie A punishment on Atalanta, but also giving them a taste of their medicine.

READ ALSO: Serie A: Atalanta Cruise Past Lazio In 4-1 Riot

Free-scoring Atalanta was last season's top-scorers with 98 goals, already scored13 goals in their first three games but had no answer to Napoli's attacks in a demolishing first half.

Mexican forward Hirving Lozano, who was out of favor with coach Gennaro Gattuso last season, was on target for Napoli with two goals in four minutes.

The former PSV striker tapped in Giovanni Di Lorenzo's cross in the 23rd minute and curled in the second after Dries Mertens pounced on a mix-up in the Atalanta midfield.

Matteo Politano fired the third on the half-hour and Nigeria forward Victor Osimhen took advantage of more poor defending to score the fourth before the interval.

Napoli goalkeeper David Ospina's kick upfield was misjudged by Cristian Romero and Osimhen, signed from Lille in the summer, chested the ball down and scored with a shot on the turn to net his first goal for his new club.

Romero partially made amends by setting up Atalanta's consolation for substitute Sam Lammers in the 69th minute. The Argentine won possession, charged upfield, and released Lammers who clipped his shot past Ospina.

Atalanta remained on nine points from four games, one ahead of Napoli.

Napoli has won all three of their games on the pitch, scoring 12 goals and conceding one.