Serie A: Roma Boost UCL Spot With Victory Over Atalanta 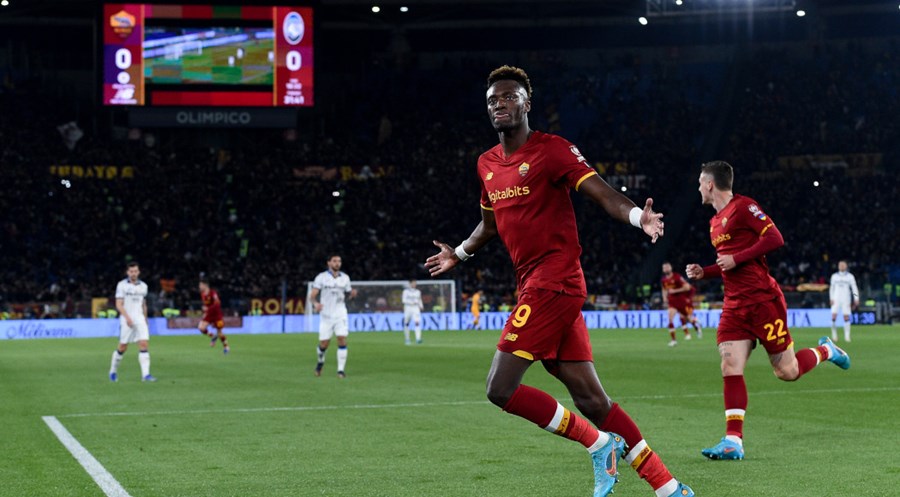 Jose Mourinho's AS Roma boosted their Champions League hopes on Saturday with Tammy Abraham's goal in a 1-0 win over Atalanta which moves his team to within three points of the top four.

England international Abraham classily finished the 13th goal of his debut Serie A season as Jose Mourinho's side closed in on fourth-placed Juventus before their match with Spezia on Sunday.

The 24-year-old has scored seven times in all competitions since the turn of the year and the way he took his winner highlighted the confidence with which he is playing.

Strike partner Nicolo Zaniolo, who decided against playing with a face mask despite fracturing his nose at Spezia last weekend, beautifully took down Rick Karsdorp's raking long pass on the turn before feeding Abraham.

The former Chelsea forward used his first touch to burst through the centre of the Atalanta defence before poking a low shot under Juan Musso.

An Atalanta side missing key forwards Duvan Zapata and Josip Ilicic -- and with Luis Muriel and Ruslan Malinovskyi starting on the bench -- struggled to break down Roma and stay fifth, level on 47 points with Roma who finished with 10 men after Henrikh Mkhitaryan's late red card.

Gian Piero Gasperini's Atalanta also had a man sent off late when Marten de Roon was booked twice in the space of seconds for dissent.

They still have a game in hand but have given Juve a chance to consolidate their position in Champions League places when they take to the field in Turin.

Roma's win means that Lazio cannot move above their local rivals even if they win at Cagliari in Sunday's late match as they sit four points back in seventh.

Earlier Udinese increased their survival bid with a 2-1 win over Sampdoria which moved them seven points above the relegation zone.

Destiny Udogie scored for the second match in a row -- after netting his first career goal at AC Milan last weekend -- to ensure a home win.