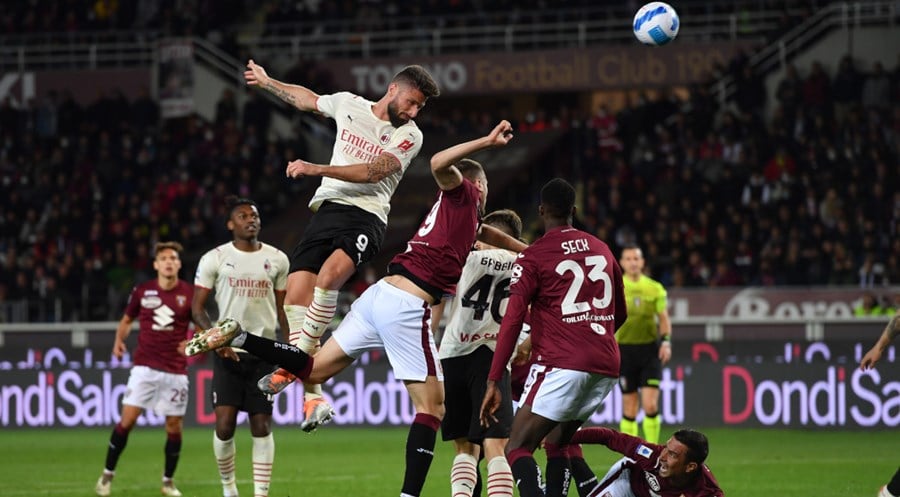 AC Milan played out a goalless draw at Torino which left them just two points ahead of the chasing pack for the Serie A title.

Stefano Pioli's side had the chance to extend their lead to four after Napoli slumped to a 3-2 home defeat at the hands of Fiorentina but once again underwhelmed against modest opposition.

The draw not only let third-placed Napoli off the hook but gave Milan's local rivals Inter Milan the upper hand in an enthralling race for the Scudetto, as the champions also sit two back in second after their 2-0 win over Verona on Saturday but with a game in hand.

Also big winners this weekend are Juventus, who looked out of the picture after being defeated by Inter last weekend but are now six points back in fourth with six matches still to play.

"Torino are tough for everyone to score against. We battled hard but we're missing that little moment of magic," said Pioli to DAZN.

"Three weeks ago we were the favourites, then it was Napoli, then Inter... I think it's going to be close right up until the final day."

Milan have kept six straight clean sheets but have had trouble finding the net in recent weeks and, hampered by last-minute injuries to Zlatan Ibrahimovic, Ismael Bennacer and Ante Rebic, on Sunday did little to suggest they are a title-winning side.

A combination of rock-solid Torino defending led by the unflappable Bremer and poor finishing, exemplified by Sandro Tonali's weak shot in a great position with 15 minutes remaining, enabled Torino to gain another home point against one of the big boys after similar results with Inter and Juventus.

In fact it was Milan goalkeeper Mike Maignan who made the best save of the match five minutes after the break from Mergim Vojvoda, while Fikayo Tomori had to be at his best to block a powerful effort from Andrea Belotti 15 minutes later.