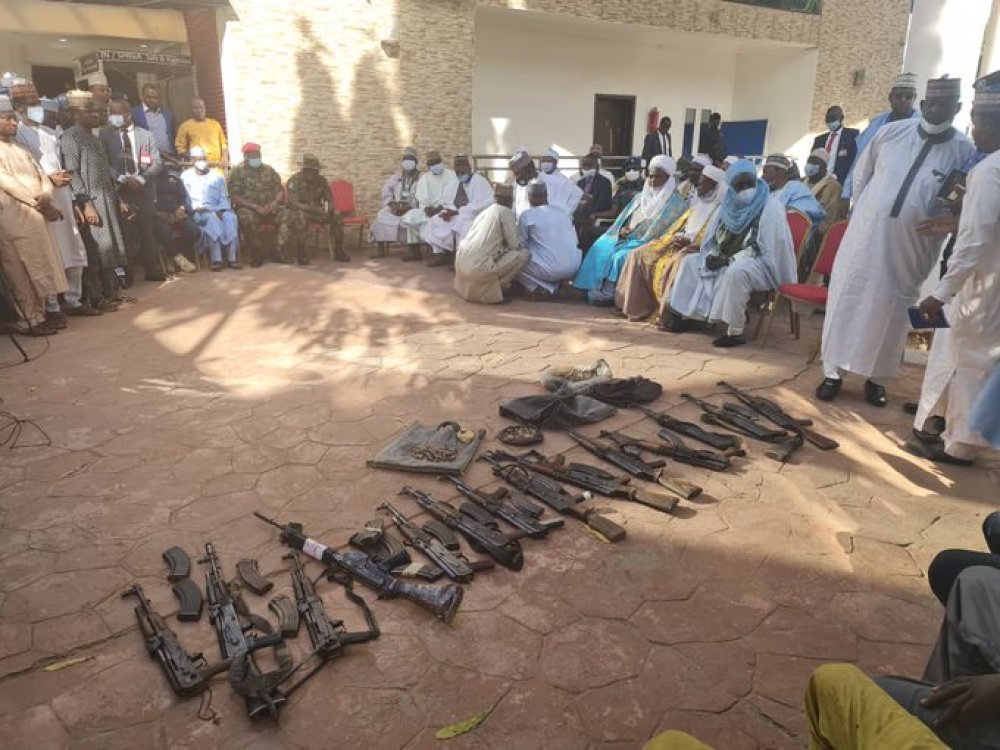 About seven hardened bandits in Zamfara State have renounced banditry and embraced the peace accord instituted by Governor Bello Matawalle’s administration in the state.

Governor Matawalle's Special Adviser on Media and Communications, Zailani Bappa, disclosed this in a statement on Thursday.

According to the media aide, the repentant bandits also surrendered 14 dangerous weapons at the Government House, the smallest among them being the popular AK 47 riffle.

He said, “Seven hardened bandits in Zamfara State have softened and repented as they surrendered their weapons to embrace the peace accord instituted by Governor Bello Mohammed’s administration to end the decade-old banditry in the state.

“The repentant bandits surrendered 14 dangerous weapons, the smallest among them being the popular AK 47.

"They publicly surrendered the weapons to Governor Bello Mohammed at the Government House today.

“The State Commissioner for Security Affairs, Alhaji Abubakar Dauran who presented them to Governor Matawalle said they willingly took the decision to accept the peace offered by the Governor and will accept to be re-integrated into the society.

“Governor Matawalle accepted their resolve as they took an oath with the Holy Quran not to either go back to their past ways or become informants for their former colleagues who have yet to key into the peace process.

“Governor Matawalle promised to continue with the peace process in the state, employing the carrot and stick approach towards a successful end to the menace in the state.

“The repentant bandits were received in the presence of some traditional rulers in the state and a number of Islamic clerics who took turns to give them words of advice as their weapons were handed over to the State Police Command.”

'Emir Of Bungudu Regains Freedom After 32 Days In Captivity' – Emirate