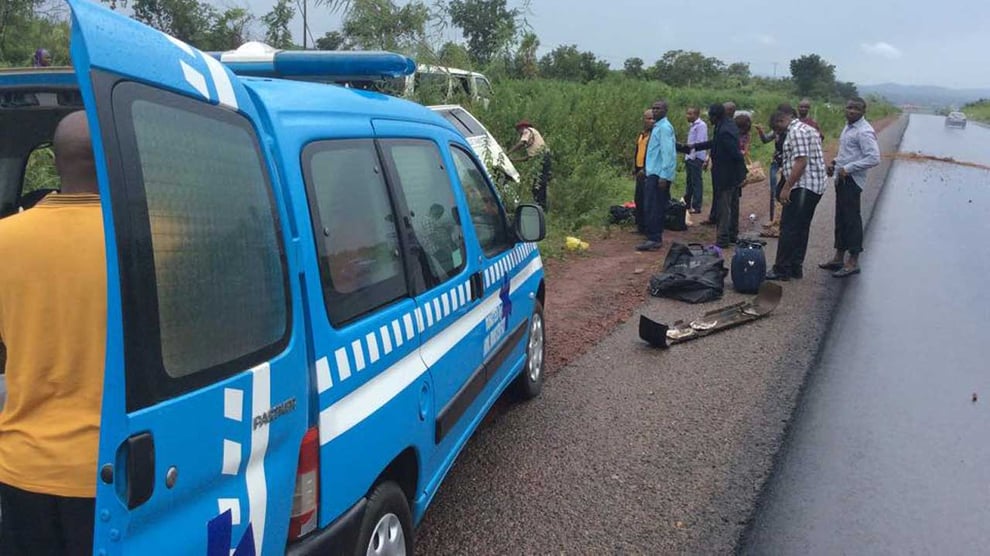 Seven passengers have been declared dead as a result of a lone accident which happened on Wednesday morning in Osun State.

According to the Osun Sector Command of the Federal Road Safety Commission (FRSC), the accident which occured at around 3:45am on Wednesday involved an 18 seater bus.

It was gathered that the bus was on full speed when it had a head on collision with a billboard along the Ilesa-Osu expressway.

Also, the bus which took off from Zamfara and was headed to Lagos burst into flames upon impact with the billboard.

The Osun FRSC Sector Commander, Paul Okpe who confirmed the accident revealed that four out of the seven dead passengers were burnt beyond recognition.

He also stated that the bus which was involved in the lone accident was a white Toyota Hiace 18 seater bus.

The Field Commander of Osun Security Network, Amotekun Osun, Amitolu Shittu who also confirmed the accident disclosed that they were on patrol around 3:45am at Ilesa when the accident occured.

Corroborating the earlier statement of the FRSC Sector Commander, Shittu added that the FRSC and Fire Service joined them in their efforts to rescue the remaining passengers.