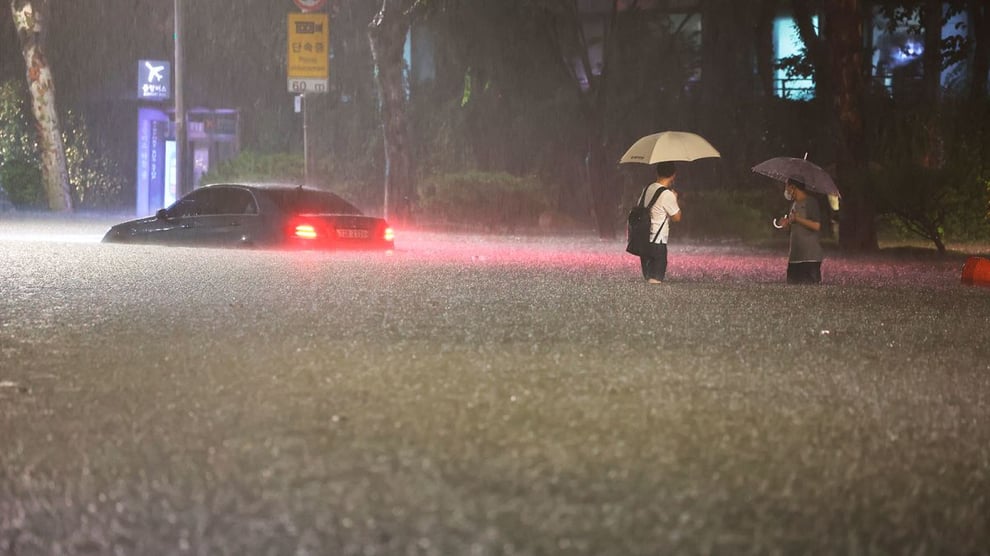 The heaviest rainfall in 80 years has submerged homes and metro system, triggering landslides and knocking out power around Seoul, the capital of South Korea.

At least seven people have died and six were missing in and around Seoul, after the torrential rain.

The southern part of Seoul was deluged in more than 100mm of rain, with the rain in some parts of the city reaching 141.5mm (5.7 inches) an hour, according to Korea Meteorological Administration (KMA).

At least five people died in Seoul, while two were killed in nearby Geyonggi province by early Tuesday totalling 7, the Central Disaster and Safety Countermeasures Headquarters said.

The Yonhap news agency said the three included a teenager and that the family had reported that they were trapped in their basement home on Monday evening. They were later found dead.