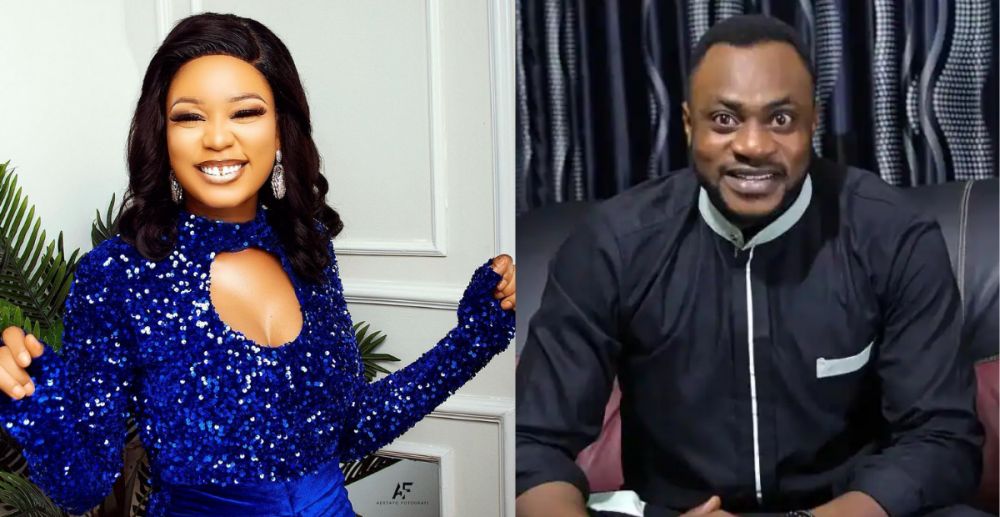 Nollywood actress, Adenike Hamzah, has debunked the rumours that she is dating her boss, Odunlade Adekola, by offering him sex in exchange for movie roles.

AllNews reported that an Instagram blog claimed that the actor demands sex from young actresses in exchange for movie roles.

However, Odunlade was quick to distance himself from the rumour, challenging the blog to produce a piece of evidence to back up their claim.

In an attempt to clear the air, Hamzah took to her Instagram page to say that she has never offered Adekola sex in exchange for movie roles.

She also pleaded to the public not to spoil the brand she's building by associating with things she did not do.

Hamzah said, "Hello everyone, my name is Adenike Hamzah and I'm doing this video to respond to what was posted on a blog about me dating my boss, Mr. Odunlade Adekola.

I, Adenike Hamzah, I hereby debunk it. It is not true, it has bever been true and it will never be true. None of it has ever happened and none of it is happening. I've never done it and I will never do it.

A lot of people are going to believe this story. Do not spoil my life. I am not dating my boss and I've never offered anybody sex for a role.

It is not nice. Just sitting somewhere and cooking up stories about someone, its not nice at all.

A name that is been built all this while, you just sit down and assume something is going on and post it online.

I am begging and I'm saying once again that I am not dating my boss Odunlade Adekola and I've never offered anybody sex for a role. Not even in this industry, I have never done it."